Suzuki Burgman electric is built around the same frame as the conventional scooter, as per leaked design images.
By : HT Auto Desk
| Written By : Prashant Singh
| Updated on: 22 Jun 2022, 07:48 AM Suzuki Burgman Electric scooter may see a market launch in 2023.

Suzuki Motorcycle India was seen testing the Burgman electric scooter on the public roads several times in the past. While the company hasn't accepted the project officially, the latest design leak reveals more concrete details about the model which could be considered for launch in the country in the future. The new drawings hint that the EV makes use of the same frame pattern as the existing ICE-powered Burgman Street scooter. The use of the same frame only indicates that there are no drastic structural upgrades and the electric motor would produce power in the same vicinity as the existing internal combustion engine (125 cc). 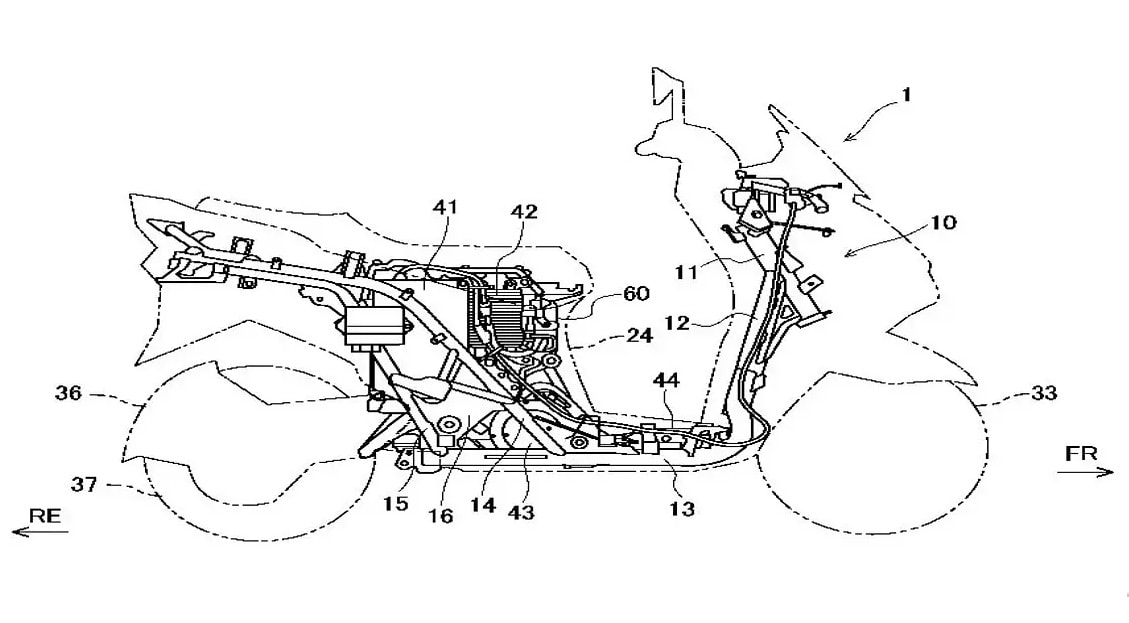 The electric motor can be seen neatly placed under the seat.  (Cycle World)

As per the design drawings, the motor is seen neatly placed below the seat, while the inside of the floorboard has a smartly placed AC-DC converter. And though the original model is known for its extra spacious under-seat storage, the same couldn't be said for its electric counterpart.

The battery size would be adequate enough to provide a range comparable to the rival scooters. That means to expect something around 100 km on a single charge which would make it a rival to the TVS iQube electric scooter which has also received a recent update. Moreover, as per the drawing, the DC-AC converter has been placed on the side of the battery pack to control the voltages.

Suzuki Motorcycle India hasn't given any indication for the market launch of the new model, even if the scooter is in the pipeline, it won't see light of the day until 2023.