Sion, a solar-powered car with panels on body, set for production. Check details

The Sion promises an extended range, over and above what its battery can offer, courtesy 456 solar cells on its body.
By : HT Auto Desk
| Updated on: 26 Jul 2022, 09:19 AM
The Sion car, a solar electric vehicle (SEV) developed by Sono Motors, is surrounded by viewers in Munich during the unveiling of the final series production design. (AFP)
View all Images

2/5
The Sion is all set to hit production lines from 2023 with plans of as many as 2.5 lakh units being manufactured in seven years. (AFP)

3/5
The Sion is a five-door vehicle with 456 solar panels. These allow it to have an additional range of around 112 kms over a week. The battery itself gives it a range of around 300 kms per charge. (AFP)

4/5
Sono Motors has already received 19,000 reservations for The Sion. The company plans to cater to both individual buyers as well as fleet operators. (AFP)

Range could be a problem that only other electric vehicles (EVs) have to deal with because here's a solar-powered car that is promising to change the scope and scale of new-age cars being powered by alternate and renewable fuel sources. The production design of The Sion has now been unveiled by a German start-up called Sono Motors and it is also confirmed that the vehicle would enter production from 2023 onwards.

The Sion has been in development for several years and has the potential to become a truly green car because it would use the sun's power to charge its battery. The vehicle is covered entirely in solar panels. There are 456 solar cells which could add a driving range of around 112 kms over a week. This is in addition to the battery range of the vehicle, pegged at around 300 kms per charge. 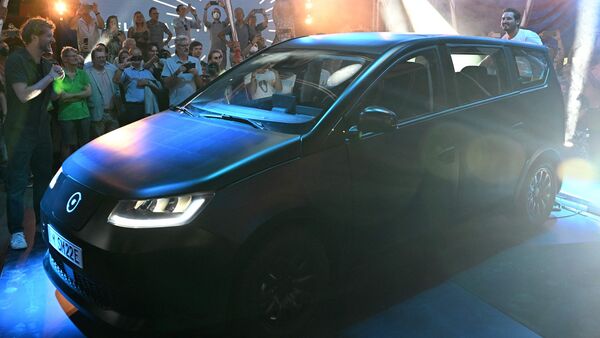 The Sion is aimed at both individual customers and for fleet purposes. (AFP)

While no performance-related details are known yet, Sono Motors has confirmed plans of manufacturing around 2.5 lakh units of The Sion over seven years. It also states that it already has around 19,000 reservations with the booking amount at $2,225.

The Sion may have an extended range courtesy the solar panels but there is a keen eye on keeping a check on the final product pricing as well. Sono Motors is looking at pricing the vehicle at around $25,000 which would make it significantly cheaper than battery-only options from the likes of Tesla and Volkswagen.

But out on the wide horizon, there are several other players who are also developing solar-powered vehicles and technology that could make way into the mass market. Among them are Dutch firm Lightyear and California-based Aptera. Unlike most though, Sono Motors plans to cater to both private customers as well as fleet services with The Sion.