Lightyear 0 can run up to seven months on a single charge: Details here 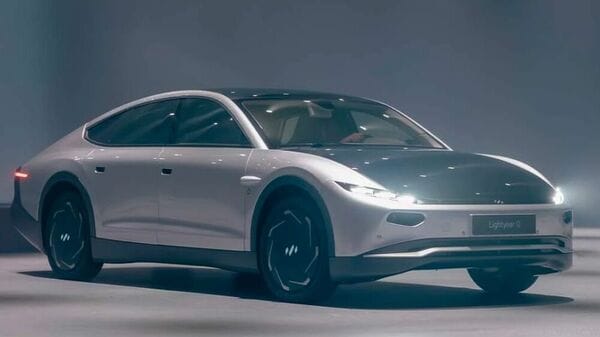 Lightyear 0 electric car has already grabbed many eyeballs around the world with its design and the technology on board. The Lightyear 0 could actually run up to seven months without any charge to the battery in countries where sunlight is strong, believes the automaker. While this is the best-case scenario, Lightyear believes the EV can actually run up to two months even in the Netherlands. This range is considered with an estimated average daily commuting of 35 km. Also, for this, the owners have to park their vehicles outdoors so that the solar panels on board the EV can draw energy from sunlight.

Lightyear 0 is claimed to come with a solar yield of up to 11,000 km per year. This is possible thanks to the 54 square feet of patented double-curved solar arrays, which allow the EV to draw energy from the sun anytime. The EV manufacturer has claimed that the Lightyear 0 can even run up to 70 km using its solar-sourced energy.

Also, apart from solar charging, the automaker claims that this electric car is capable of running up to 625 km on a fully charged battery. At a highway speed of 110 kmph, Lightyear 0 is estimated to run up to 560 km on a single charge drawing energy from the lithium-ion battery pack. The manufacturer claims that its highly efficient motors paired with the aerodynamic design help the EV to promise such a range. Lightyear 0 is claimed as the most efficient electric car in the world at present, using just 10.5 kWh of energy per 100 km at highway speeds.

The Dutch EV startup expects this electric car will push the segment further into the future. Lightyear has announced that the EV would enter production later this year, which deliveries slated to commence in November 2022.