Lightyear has unveiled the world's-first production-spec, solar-powered car officially christened as Lightyear 0.
By : Prashant Singh
| Updated on: 10 Jun 2022, 11:18 AM 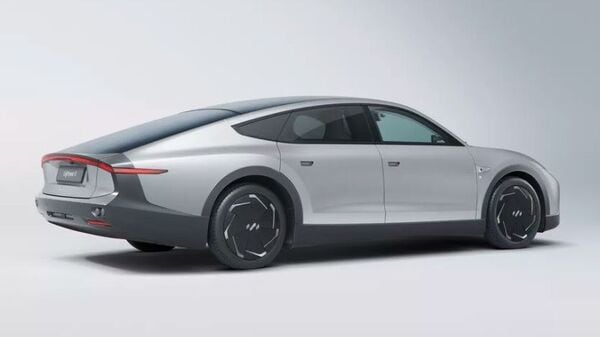 Lightyear is only planning to produce 946 units of the Lightyear 0.

The solar EV startup Lightyear has recently unveiled the world's-first production-spec, solar-powered car officially christened as Lightyear 0. The same car, in its concept avatar was previously known by the name Lightyear One and has been under development for six years. The company will open the preorder for the car later this year.

The Netherlands-based EV startup specialises in solar electric vehicles (SEVs). With the use of Lightyear’s patented solar panel technology, the Lightyear 0 will come equipped with five square meters of double-curved solar arrays. The use of these panels can provide an additional 70 km (approximately 44 miles) of additional range per day and up to 11,000 km (6,835 miles) per year. Inside the solar-powered electric car sits a 60 kWh battery pack that is known to deliver a single-charge WLTP range of 625 km (288 mi). Combines with solar power, the overall range goes up to 695 km (432 miles). 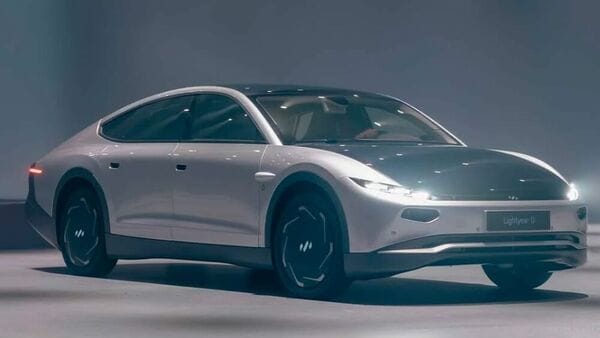 Lex Hoefsloot, Co-founder and CEO, explains: “Electric cars are a step in the right direction, but they have a scaling problem. By 2030, we can expect 84 million electric vehicles (EVs) on roads in Europe alone."

“There’s no hiding from it, access to charging stations will not keep up with the demand for electric cars. To minimise plug-charging and maximise range, the industry’s strategy, so far, has been to add batteries. That increases the carbon footprint of production and, in turn, boosts weight and the need for high-power charging stations," he adds.

The company announced in the recent showcase event that the car gets a 60-kilowatt-hour battery pack which delivers power to four electric motors that propel the car. The combined output from these motors stands at just 174 horsepower, however, this power is backed up with a massive 1,269 lb-ft of torque. As per the official claims, the car is capable of hitting 0-100 kmph in 10 seconds and has a top speed of 160 kmph.

Customers will now be able to configure their own Lightyear 0 on the automaker’s website, starting at a price of €250,000 (approximately $265,000). The SEV maker is only planning to produce 946 units of the Lightyear 0.