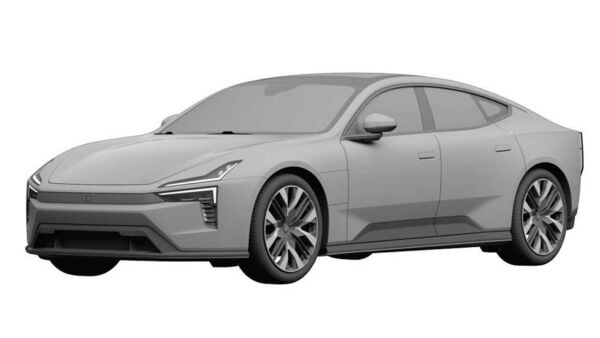 Volvo owned high-performance electric car brand Polestar is readying its next product, in form of the Polestar 5. Now, ahead of the EV's debut in 2024, it has been revealed through leaked patent images. The automaker has filed for a patent with the European Union Intellectual Property Office. The patent images provide a clearer look at the upcoming Polestar 5's design.

(Also read: Volvo to make use of gaming engine for next-gen graphics in new EVs)

The Polestar 5 electric sedan appears with a sleek and suave design that is aerodynamic and stylish. The new patent images clearly reveal how close the production model will appear to the concept, which was teased late last year. As it appears, Polestar 5 production model will come close to strikingly close to the concept model. However, there would be several tweaks in an attempt to make it street legal and easier to manufacture at scale.

Speaking about the design tweaks, the Polestar 5 will appear with a higher suspension setup compared to the Polestar Precept concept. The diffuser at the back retains the same shape as the one on the concept, but it looks more modest. Another design tweak is in form of a third brake light. Even the rear profile comes with a differentiated trunk, in order to enhance the space.