Mercedes-Benz EQE is more profitable than E-Class, claims the OEM 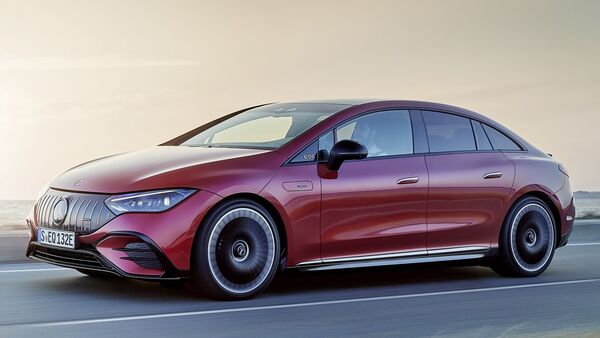 While EQE delivered a satisfactory profit margin to the carmaker, it's not the same case with other EQ badged models like EQS.

Mercedes-Benz is witnessing pretty good success with its EQE electric midsize sedan. The EQE's profit margin is claimed as on par with or better than those of its internal combustion engine-powered equivalent, the E-Class. Mercedes-Benz CFO Harald Wilhelm has revealed that the margin of the EQE might be slightly ahead of the E-Class. This comes as an encouraging fact for the three-star brand that has been aiming to grab the pole position in the global electric luxury car market, just like it now rules the global luxury ICE vehicle market. Interestingly, the EQE price starts at around $70,849, while the E-Class price starts at around $50,607.

Speaking about the profit margin of the EQE midsize electric sedan, Wilhelm said that it is more or less the first quarter of EQE sales, but at this point, its margin is at the point of the E-Class margin. Mercedes-Benz started selling the EQE in the European market in the second quarter of 2022, and the OEM is claimed as pleased with its performance, as revealed by Automotive News.

While EQE delivered a satisfactory profit margin to the carmaker, it's not the same case with other EQ badged models like EQS, the larger and more luxurious model. The automaker's CFO revealed that the EQS profit margin lags behind its internal combustion alternative S-Class. “We saw that the EQS margin is starting to become healthy. Maybe it’s not exactly on S-Class level, but it’s not too far from it," he further added.

Mercedes-Benz earlier this week revealed the plan to make pure electric vehicles a more significant part of its sales this year. With the help of the EQE and EQS SUVs, it expects 50 per cent of its electrified sales to be fully electric in the second half of this year.