Simple Energy CEO, Suhas Rajkumar exclusively informed HT Auto that its second product will be announced this summer. It will be a more affordable offering than the existing One electric scooter.
By : Prashant Singh
| Updated on: 16 Apr 2022, 11:30 AM 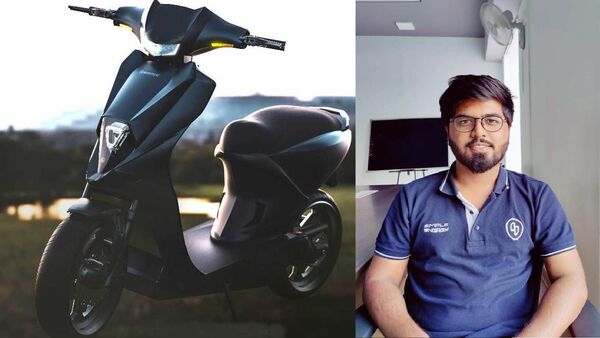 The upcoming escooter by Simple Energy will be a completely new model altogether and won't be an extension of the existing One scooter.

After the launch last year, Simple Energy is gearing up to roll out its One electric scooter for the customers this summer. In a recent interaction with HT Auto, Suhas Rajkumar, the company's founder, and CEO communicated that the EV startup has already initiated the production test runs of the One e-scooter and the deliveries are set to begin by June 2022.

The upcoming scooter will be a completely new model altogether and won't be an extension of the existing One scooter. It will also use a new platform, and understandably a smaller battery and motor. While Rajkumar didn't share any further details on the upcoming offering, he did inform that the new scooter will be more affordable and priced competitively against the current mass-market rivals. “Not everyone wants a performance e-scooter, thus the new offering will target buyers with a slightly tighter budget," added Rajkumar.

The scooter is most likely to go on sale in the market later this year. More details are likely to be announced in the next few months. Meanwhile, the company has recently signed a MoU with C4V, a lithium-ion battery technology company for setting up a Lithium-ion cell manufacturing ecosystem in India. More details here.