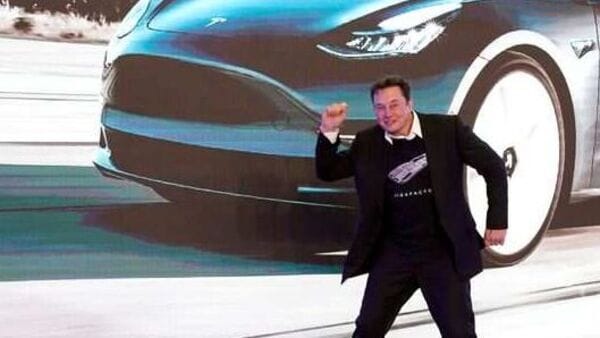 Tesla CEO Elon Musk claims his company is the best EV manufacturer in China, world's largest market for electric vehicles. According to reports, Musk said this during a meeting on Tesla's Q2 results. Though Musk praised his Chinese rival EV companies, he maintained that Tesla is the best China has.

China is one of the biggest markets for Tesla. It had set up its first Gigafactory outside the United States in Shanghai. During the meeting earlier this week, Musk referred to Chinese EV rivals saying, “They’re smart, they’re hardworking, and anybody that’s not as competitive as them will suffer a decline. Right now the best Chinese EV manufacturer is actually Tesla China."

Tesla's China factory ended the second quarter with a record monthly production level, after being forced to shut down due to Covid-19 related lockdowns. Tesla lost about 40,000 units worth three weeks of production between March and April due to the lockdown. However, it managed to maintain a fraction of production. Tesla had its workers sleeping on-site or nearby to keep the facility running at bare strength. The Shanghai Gigafactory could deliver around 44,300 cars in April and May.

The lockdown in Shanghai ended last month. It saw EV shipments from Tesla’s factory shoot up to a record of 78,906 units. Tesla has also been upgrading its production lines at the Shanghai facility to make up for the lost time due to the lockdown. It aims to produce 7.50 lakh electric cars every year from its China facility, up from 4.50 lakh units earlier. Musk had earlier said Tesla will produce more than 1.5 million vehicles this year globally.

Tesla said it has delivered 2.54 lakh vehicles worldwide in the previous quarter, up 27 percent from a year ago but down from its first-quarter record of 3.10 lakh units. It was the first time in two years the company failed to increase vehicle deliveries from one quarter to the next. In April, Musk predicted the company would produce more than 1.5 million vehicles this year. Tesla had made about 564,000 through the first half.