Bentley pushes back its first electric car launch till 2026: Report 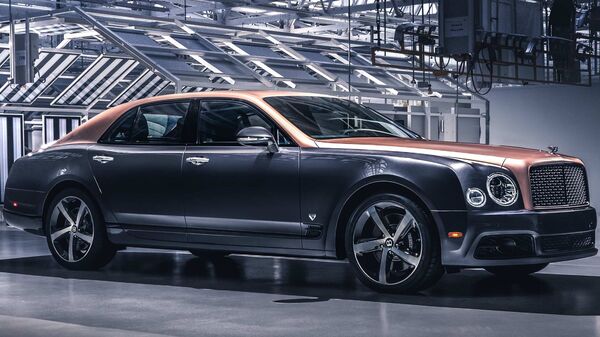 Bentley's first EV will be similarly priced as Mulsanne, but won't be a replacement for it.

British luxury car marquee Bentley has delayed the launch of its first-ever electric car by a few months. The car was initially slated to launch in 2025, but now with a revised timeline, it will launch in 2026, revealed a report by Automotive News. The pure electric car project has been the key highlight of Bentley's Beyond100 strategy, which is a massive $3 billion initiative. The electric is being designed and developed at the automaker's home in Crewe. It will be manufactured at the same location as well.

Bentley CEO Adrian Hallmark has said that the delay is technically a matter of a few months rather than a full year. He also said that the setback is not related to the parent company Volkswagen Group having major issues with the software of its forthcoming electric high-end products. His comment comes in line with the German paper Automobilwoche's report published earlier this month, where it was claimed that Volkswagen's software division Cariad is behind schedule with the Project Artemis that will spawn Audi, Porsche, and Bentley electric vehicles. There are reports suggesting that problems with Cariad resulted in the fall of Herbert Diess from the helm of Volkswagen AG.

The German publication also reported that like Bentley, Audi's first EV that is set to ride on the Scalable Systems Platform (SSP) has also been delayed, and it's now earmarked for a 2027 launch.

Bentley's electric car is expected to assume the role of the flagship brand model once it arrives. However, it won't serve as a Mulsanne replacement despite being priced similarly. The Bentley EV is expected to come producing 1,500 hp of peak power, and it would be able to sprint 0-100 kmph in less than two seconds.

The British car brand aims to launch a total of five electric cars by the end of this decade. It also aims to altogether discontinue sales of internal combustion engine-powered vehicles.