Yearender special: Five car reviews of 2020 we had most fun presenting

Car companies beat back lockdown blues in 2020 to roll out new products to keep the buzz going through most parts of the year. And HT Auto was right there to put these cars to the test.
By : Shubhodeep Chakravarty
| Updated on: 30 Dec 2020, 10:05 AM 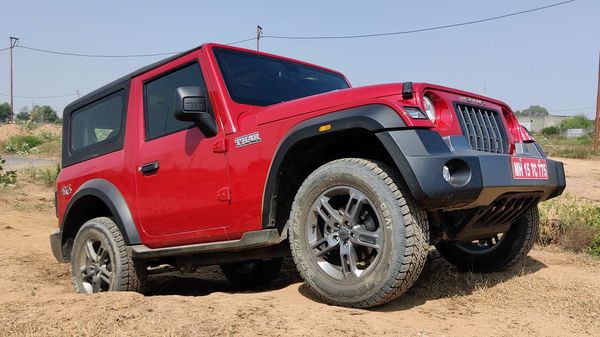 From off-road tracks to city roads stretching on for miles, 2020 offered a lot of fun when on the move even if team HT Auto never ventured too far from home base of Delhi NCR.

As the year 2020 draws to a close, it becomes imperative to reflect back at all that made it what it was in the automotive industry here in India. And while we can always, and once again, focus on factory closures, supply disruptions, rollercoaster of demand patterns et all, where would the fun be in all these? Instead, it would be better to recap the fun - and the challenges - HT Auto had in presenting the drive reviews of all launches that (also) defined 2020, a year which ushered in a new normal.

HT Auto dug in deep at base Delhi NCR through the year to bring out drive reviews in a bid to ascertain whether the new cars were worth your careful consideration and precious investment. No, we weren't by the scenic lakes of Udaipur or sprawling beaches of Goa or the lush coffee plantations of Coorg this year. Instead, armed with masks, sanitizers and even mosquito-squatting racquets (why? more below), we set about the urban jungle that is Delhi and the far flung beyonds of Noida, Greater Noida and Gurugram up to Neemrana.

Our Google Maps monthly report may not have shown us to be travel tornadoes but the rings around and around Delhi NCR meant we struck a balance between keeping ourselves and our families safe while continuing to test cars as well as we could.

As such, here are five car reviews this year we had the most fun driving, shooting and presenting.

Thar came to HT Auto twice through the year. It was first put to the test on the vast expanse of Gurugram landscape and on a off-road circuit here. Ditches, mounds, slush - there just wasn't anything that the Thar didn't effortlessly move past. There is a massive sense of rush to be inside a vehicle almost on its side with its two side tyres in the air. There is a rush in seeing only the blue of the sky as the SUV angles itself near 90 on a slope. But there is a delicious satisfaction in knowing that the new Thar 2020 remains as capable as ever.

The second time Thar came calling, we drove it around Delhi and Noida to see if it can also be a great daily city commute option. And with all of its cabin updates, it mostly ticked the right boxes. Never have we gushed so much about a touchscreen in a car. Why? Well, because it was in a Thar! Add to it pouring water on the controls just to test its splash-proof claim was a child-like indulgence we allowed ourselves to have.

It was always going to be a gleaming highlight when Mercedes gave us its first-ever all-electric vehicle in India to test. We expected luxury, expected performance, expected silence - we got all three in ample doses.

The EQC is a statement of intent from Mercedes that the Indian customer is ready for not just an EV but a luxury EV. And we clearly saw why. Plush seats, loads and loads of features and a drive experience second to none. We started from south Delhi and made our way to ICAT test track in Manesar - keeping an eye out on the range at all times. Once there, and with plenty of battery left, we literally raced the EV up and down a straight stretch to see if this offering can indeed pierce through wind. Guess what, it absolutely did and being free from emissions through and through.

When it comes to piercing through wind, one may not expect a massive SUV to have any chance, right? Wrong. Just go ahead and drive a RS Q8 from Audi. To judge its speed capabilities only by its menacing SUV proportions would be near blasphemous. Here's a 2400 kilo sprint star that has a twin-turbocharged 4.0-liter V-8 engine at its very core. That's good for 600 hp and 800 Nm of torque!

We kept hitting straight lines to see if we could match the claim of under four seconds. But since we were not in a controlled test track, we also didn't want to push safety and road-rule boundaries. So 4.6 seconds is what we best managed - still mighty impressive and an absolute thrill.

Kia was going to be the first to bring in iMT technology to India, in its Sonet. But Hyundai beat its Korean cousin to it by adding it to Venue before Sonet's launch. And we were prompt to plonk ourselves inside one.

There really isn't any downside to clutchless transmission that we could put our fingers firmly down on. Instead, and with the clutch gone, we settled in nice and easy to experience what the next-best thing to automatic gearbox is all about.

It was a novel experience, sure. Weaving in and out of traffic without the need to constantly press the clutch pedal was, well, liberating. Even in traffic snarls - it poured cats and dogs that August day, iMT proved why it makes practical sense, especially if mated to 1.0 Turbo GDI engine in the Venue.

If there was ever an award in the automobile industry for having an indomitable spirit, it could well go to Honda City. A warhorse that has aged to become younger, the fifth-generation City is why sedans aren't fading away into the sunset. Not yet anyway.

The 2020 City came to HT Auto twice. The first was for a first-drive experience for a few hours. We focused on the exteriors, the comfort on the inside, the differences against Verna and Ciaz - and there are plenty - in that review.

The second time around, we had the car for a few days and took it on repeated rounds from Delhi to Gurugram, back to Delhi and towards Greater Noida. Exhausting? Absolutely not. City has a regal sense of offering an appealing cabin which soothes occupants into a laidback slumber. Or maybe that was just what we felt like. Either way, it is imperative for a sedan to be comfortable and that's what is the main USP of this now sporty-looking City.