Whoever said limousines can't have 4x4 abilities need to hold on for Palladium from Italy-based Aznom Automotive.
By : HT Auto Desk
| Updated on: 02 Oct 2020, 02:10 PM 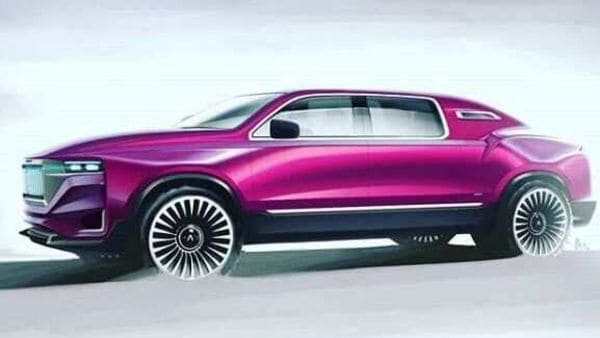 This image of Palladium was posted on Instagram by aznon_srl

A limousine is meant to transport the rich and famous in absolute luxury to the truest sense of the word and feeling. It is meant for champagne glasses to stand still and the champagne itself to sit pretty.

Wait a minute, then what is Italy-based Aznom Automotive talking about when it highlights its all-terrain limousine? It is just that, a first, a world first hyper limousine that seeks to shatter the boundaries of limousines only munching city miles. Say hello to a sneak peak at the Palladium, a limousine that claims to be as much at home out in the wild as it is within city limits.

Aznom recently released the teaser images of Palladium and claimed that it would offer drive capabilities so far unheard of in a limousine. Inspired by a luxury vehicles from a bygone era - 1930s to be specific, the Palladium will be positioned as a 20-feet long vehicle with capabilities of tackling a wide variety of terrains. This is largely made possible thanks to an all-wheel-drive system.

Aznom has not shared many more details about Palladium and it is not yet clear if the vehicle would be a modified version of an existing limousine or a completely new model. Either way, the company is known for its abilities to push the boundaries and the off-road claim of its upcoming offering is creating a fair bit of buzz in the automotive world.