Watch: This homemade Ferrari 488 GT is a melon shop on wheels 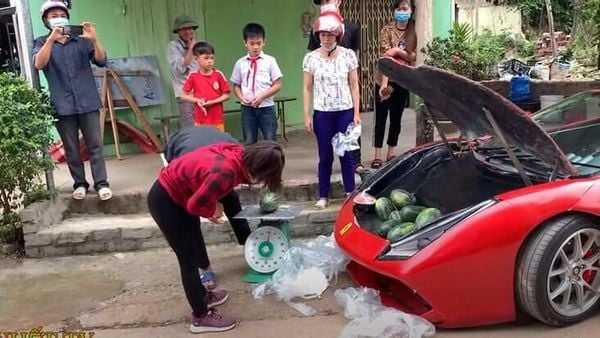 The Ferrari 488 GT replica attracts a large crowd and wherever it stops, the owner starts selling melons. (Image: Youtube)

People often do crazzy acts with their cars. But this man in Vietnam did something really unique that can be dubbed as one of the most interesting marketing strategies. He took out a Ferrari 488 GT to sell loads of melons.

(Also Read: The world’s most powerful convertible is a study in versatility)

Wait, that's not the real Ferrari. But a replica of the Ferrari 488 GT that has been built by the owner himself. Also, he showed his ingenuity in figuring out multipurpose uses for the replica of the sportscar, a function that was never the intent of the Italian automakers that created the original model.

A video emerged on YouTube shows a man named Vu Van Nam is selling melons from his car. The engine bay at the front under the hood, is being used as a storage space to keep the melons. Overall, the car is appearing as an eye candy.

While the actual Italian supercar is meant for smooth roads, the replica is seen dealing with narrow paths that are meant more for bicycles, scooters or motorcycles and pedestrians. The vehicle is seen driving very slow to avoid collisions. With the replica of the Ferrari 488 GT having very little ground clearance, the car is having to deal with some patches or scratches once in a while.

The Ferrari 488 GT replica attracts a large crowd and wherever it stops, the owner starts selling melons.