Volvo is one of the frontrunners among automakers when it comes to technology implementations.
By : HT Auto Desk
| Updated on: 29 Mar 2022, 08:43 PM 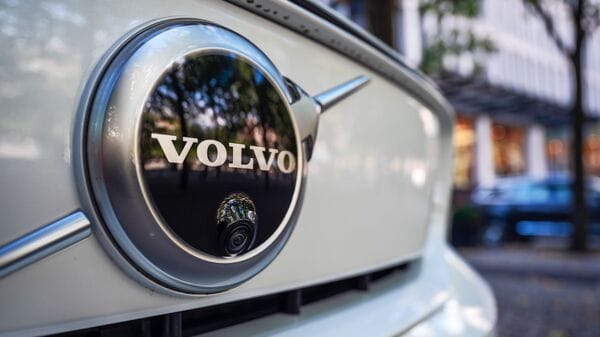 Volvo aims to increase software and technology penetration in its cars.

Volvo Car AB aims to focus more on software, hints the Swedish luxury car brand's CEO Jim Rowan. he said that the automaker needs to be in control of the software it develops and deploys in its vehicles. Rowan also said that increasing the computing power of cars will be more difficult and transformative for the auto industry than the switch to electric powertrain from internal combustion propulsion, reports Bloomberg.

(Also Read: Terminator of cars! This 1966 Volvo has been driven over 48 lakh kilometres)

“We’re going to have to be a lot more intelligent about the decisions we make around making versus buying software, and we’re going to need to understand software at a much more vestral level than before," he said while adding, “How do you actually make the best of the computational power that you’re spending a lot of money on to put in the vehicle? How do you make sure that you’re using that properly and in the most effective way?"

Rowan took charge of the Swedish luxury car brand last week, replacing Hakan Samuelsson, who was the longest-serving CEO of the company in decades. Interestingly, Rowan’s view on Volvo Car’s need to change its approach to software echoes comments made by Samuelsson almost a year ago.

“Today, the software is decentralized in a lot of black boxes, and we buy it from suppliers based on specifications, but when we want a change and you have to talk to suppliers, it is too slow," said Samuelsson in May last year. “To have speed of development but also to guarantee high-quality, over-the-air downloads, you really need to secure the compatibility of all functionalities, and that is very difficult if you have the old structure," he further added.

Technology penetration in the automotive sector has grown exponentially in the last few years. Volvo is one of the major automakers that has taken a higher technology implementation approach for its cars.