Volkswagen teases new Golf R, the most powerful Golf, ahead of launch 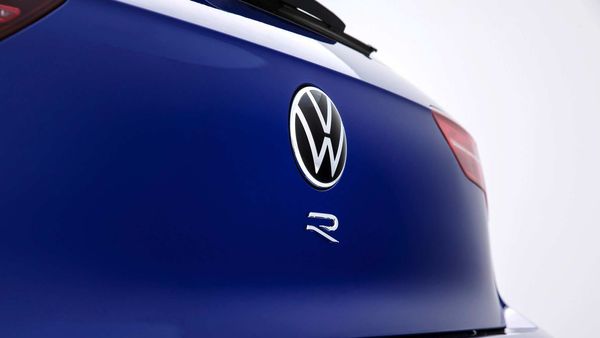 Volkswagen has teased the Golf R badging on the tailgate ahead of its official launch on November 4.

Volkswagen is all set to take the covers off the new Golf R on next week on Wednesday (November 4). Ahead of the global premiere, the carmaker has teased images and several details about the new Golf R, which is going to be the most powerful in the history the Volkswagen Golf ever.

No surprise then that the Golf R is all set to become the top of the range, both in price and power, and the one that will have a more sporty and radical appearance.

The new Volkswagen Golf R is the fifth variant made on the eighth generation of this hatchback and incidentally will be in power above the GTI and GTI Clubsport that until now was the most powerful.

According to several spy photos revealed online earlier, the new Golf R sports car will have a different exterior and interior design to differentiate it from the rest of the range, with a unique grill and larger air intakes. The tailgate will sport distinctive badging that emphasises the sporty character of the car.

The 2021 Golf R is expected to have a larger rear spoiler and a four-fin diffuser, with cutouts on each side for the quad tailpipes. Also, R wheels and badges will complete its unique look.

The new Volkswagen Golf R will feature the 2-litre four-cylinder turbo engine, which is also present in other Golfs. The engine will be fine-tuned with new features such as variable valve timing with dual camshaft adjustment and water cooling for the exhaust gases.

Golf R will also sport an all-wheel drive system featuring selective wheel torque control on the rear axle. The all-wheel drive system is controlled by a Vehicle Dynamics Manager that has been closely integrated with other running gear systems such the electronic front differential lock (XDS) and adaptive chassis control DCC. This will help the new Golf R offer better traction characteristics, precise handling, as well as improved agility.

The eighth generation Golf R, like all Golf models, will also be produced at the Wolfsburg plant, the home of the Volkswagen Golf.

The Golf models have been one of the best-selling cars out of the Volkswagen stable. The carmaker has sold more than 35 million units so far starting from the original version of the sports car, which made its debut in 2002 as the Golf R32 with 241 PS and all-wheel drive.