The e-Golf is the best selling electric vehicle from the German auto giant stableE-Golf has alone accounted for more than one lakh units for the company
By : HT Auto Desk
| Updated on: 30 Dec 2019, 15:26 PM 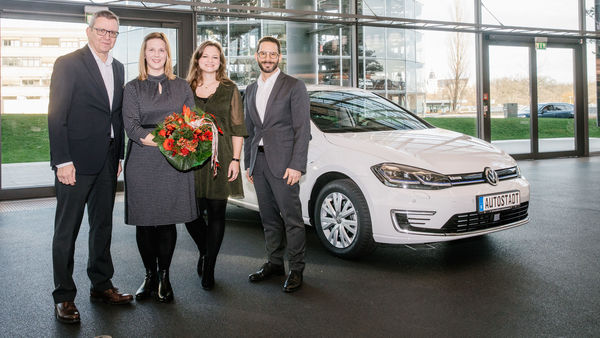 Volkswagen sells an e-golf as its 250,000th electric vehicle ever (Photo courtesy: volkswagen-newsroom.com)

Volkswagen has reached an important milestone in its aim to go all electric and achieve a carbon-neutral balance by 2050. The German auto giant recently sold its 250,000th electric vehicle in Germany’s Wolfsburg. The 250,000th car is a pure white e-Golf - one of its best-selling car in the electric segment.

So far, Volkswagen has delivered 104,000 units of e-Golf, more than a half of its next best bet - the Golf GTE.

Despite some model changes, the Volkswagen brand delivered more than 70,000 electrified vehicles in 2019 - following 50,000 last year. The main sales markets in 2019 were China, Norway, Germany, the USA and the United Kingdom.

“We are at the beginning of a new era. We mean business with e-mobility. The brand will be investing €19 billion in future technologies through 2024, €11 billion alone in the further development of e-mobility. And Volkswagen starts the biggest electric offensive in the automotive industry next year: The ID.3 goes on sale in the summer, soon followed by the ID.Next, our first electric SUV. Our ID. family makes emission-free mobility accessible to many people for the first time. That is New Volkswagen," said Volkswagen COO Ralf Brandstätter.

The Volkswagen brand will be launching 34 new models worldwide next year, including twelve SUVs and eight electric or hybrid vehicles.