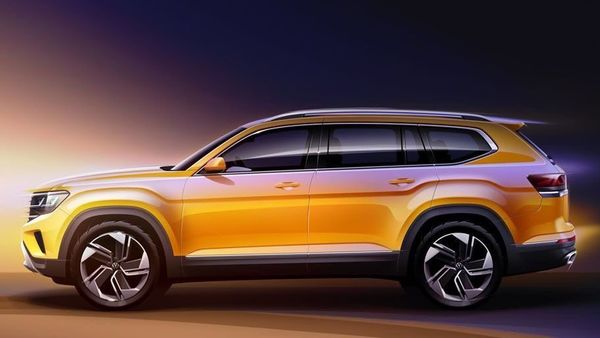 Volkswagen is preparing to come up with a facelift version of its popular SUV - the Volkswagen Atlas - in the United States. There will also be a 5-seater version of the popular 7-seater SUV which is named the Atlas Cross Sport.

The carmaker revealed the new designs through three sketches as part of a teaser campaign. It shows that the new SUV will come with a revised grille, head- and taillights, and front and rear bumpers.

There is something new on the horizon for the 2021 #VWAtlas pic.twitter.com/Ey3KDh9xzb

Volkswagen had unveiled the production version of the Atlas Cross Sport SUV at the 2019 Los Angeles auto show.

The new Atlas Cross Sport is also expected to undergo several design changes on the inside. It will sport a new 8.0-inch touchscreen along with wireless smartphone charging.

The new Atlas is expected to go on sale next year.