Volkswagen plans to launch entry-level EVs ID.1 and ID.2 by 2025

Volkswagen CEO Ralf Brandstatter said in a recent interview that the ID.1 would be around 20,000 euros, compact, with features that one does not expect in this class.
By : HT Auto Desk
| Updated on: 10 Mar 2021, 03:42 PM 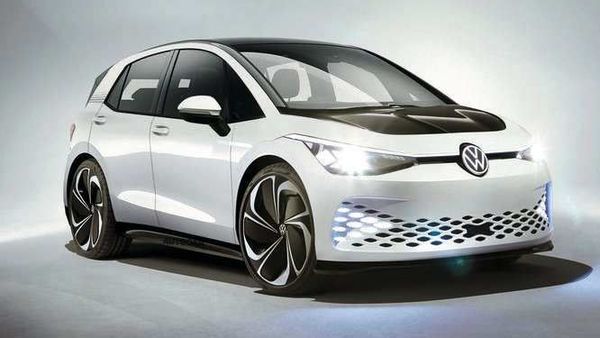 As part of its push for electric mobility, Volkswagen has already launched ID.3 and ID.4 crossover models based on its MEB platform. A new roadmap released this week reveals that Volkswagen will launch at least one new electric vehicle a year, starting with ID.6, which will be made just for China, in 2022, the ID.5 coupe-crossover in 2023 and the ID Buzz MPV in 2024.

The Volkswagen continues to invest heavily in the development of electric vehicle technology and has said that the development of a new version MEB-Lite platform, designed for cars with smaller capacity batteries up to 45kWh, remains a key priority.

The German carmaker will use the new platform for a supermini and a small hatchback that will probably be named ID.1 and ID.2 respectively. The Volkswagen group aims to sell the cars with a subsidy of between 20,000 and 25,700 euros. The two new models will apparently replace the Volkswagen e-Up as the smallest and cheapest in the Volkswagen electric range, focusing on the urban users with smaller batteries and therefore less range than the other vehicles in the series.

The ID.1 might prove to be one of Volkswswagen's big seller in the EV segment. The high price of current EVs is one of the key reasons that deter buyers from buying an electric vehicle. However, ID.1 EV's compact size and at lower cost may turn out to be beneficial for the carmaker. It will be interesting to see what type of battery Volkswagen would use in the ID.1. Due to their smaller sizes, urban EVs don’t feature large batteries and don’t provide very long ranges.

According to reports, the price of ID.1 could be less than 20 thousand euros and therefore be very attractive. Volkswagen CEO Ralf Brandstatter said in a recent interview that the ID.1 would be "around 20,000 euros, compact, with features that you would not expect in this class." At such a price point, Volkswagen will look to use ID.1 to take on the likes of Tesla Model 2, the compact sedan expected to debut in the coming months.

The ID.2 , on the other hand, will replace the Polo and will be built in Spain on the MEB platform. The cost could range between 25 thousand and 30 thousand euros , thus fitting perfectly between the current ID.3 and the future entry-level EV ID.1.

There is not much detail about the ID.2. However, it is confirmed that ID.1 will be developed hand in hand with Project Trinity, a futuristic 100% electric sedan that will contain a series of technologies never seen before.

Among the most anticipated innovations there is the fast charging system , which will allow full recharge as quickly as refilling a petrol or diesel car, and an advanced software developed along the lines of Tesla's. Volkswagen Project Trinity will also have level 4 autonomous driving and its debut is expected in 2026.