Home Auto Cars News Vehicles Older Than 15 Years To Be Phased Out In This State By Year End: Ngt

Vehicles older than 15 years to be phased out in this state by year-end: NGT 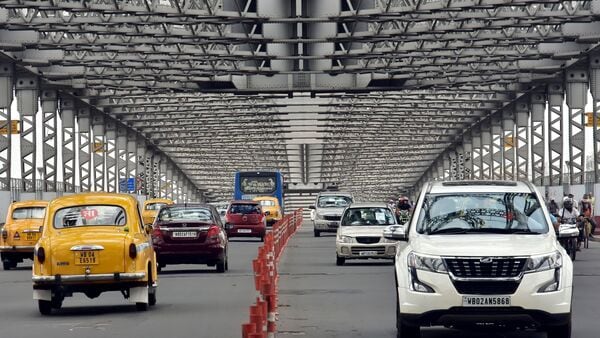 The National Green Tribunal has ordered phasing out of private and commercial vehicles older than 15 years in West Bengal by the end of this year.

The National Green Tribunal has ordered to phase out all vehicles in West Bengal, which are more than 15-years old. The NGT order says that the phasing out of these vehicles need to be done in the next six months, which leaves the owners to scrap their vehicles by the end of this year. The vehicles to be phased out are mostly the BS 4 units. The order is applicable to vehicles across the state.

According to an estimate in 2019, there are 1,820,382 private vehicles that are older than 15 years in Kolkata, the capital of West Bengal. The estimate says that overall there are more than 65 lakh private vehicles across the state that needs to be phased out. Among commercial vehicles still plying in Kolkata, at least 219,137 units are required to be phased out, while the number goes up to 697,635 units across the states.

The NGT order was passed by the agency's eastern bench in Kolkata which includes Justice B Amit Sthalekar and expert member Saibal Dasgupta. “While phasing out of the old vehicles, a move towards use of cleaner and greener technology with the introduction of Compressed Natural Gas (CNG) buses and electric buses may be expedited," the order read.

Huge number of vehicles plying on roads are among the major reasons behind pollution in Kolkata and Howrah. “Around 25% of the PM2.5 pollution (ultrafine particles that are 30 times finer than the thickness of human hair and can penetrate deep inside lungs if inhaled) and 10% of the PM10 pollution (coarser particles that can make you sick) comes from polluting vehicles in Kolkata," a senior official of the state pollution control board was quoted by Hindustan Times.

Subhas Datta, green activist who filed the petition in the NGT in 2021, hailed the order as historic. “But this just the beginning and work has to take off from here. There are around 10 million such old vehicles plying in the state and it may not be possible to phase out all of them within the six-month time frame. We are concerned about this and be pursuing this matter more actively."