Used car prices in this country are on the rise

The surge in used car prices this year amid supply chain disruptions and a rebounding economy has been a major contributor to the jump in US inflation.
By : Bloomberg
| Updated on: 18 Sep 2021, 05:38 PM 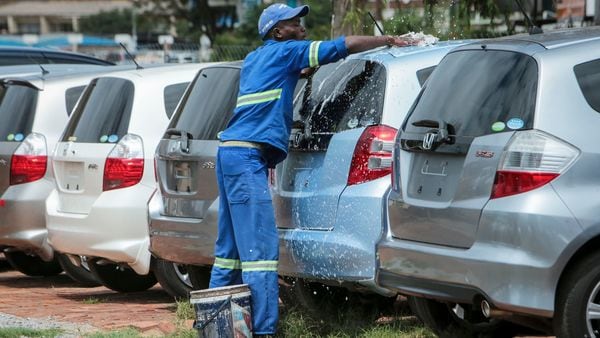 The Manheim U.S. Used Vehicle Value Index, a measure of pricing trends, increased 3.6% in the first half of September compared with a month earlier.

Used car prices, one of the biggest drivers of U.S. inflation this year, rose again in early September on a monthly basis after idling over the summer.

(Also Read: End of an era for poisonous leaded petrol used in cars as last stocks used up)

The Manheim U.S. Used Vehicle Value Index, a measure of pricing trends, increased 3.6% in the first half of September compared with a month earlier. That puts it on track for the first month-over-month increase since May while extending the string of consecutive monthly of gains on a year-over-year basis that dates back to June 2020.

The index jumped 24.9% from the same period a year ago through the middle of the month. That may be a harbinger of further price hikes to come.

“The latest trends in the key indicators suggest wholesale used vehicle values will likely see further gains in the days ahead," according to a Manheim report.

The surge in used car prices this year amid supply chain disruptions and a rebounding economy has been a major contributor to the jump in U.S. inflation. The August consumer price index report showed a decline in used car and truck prices, the first since February, but that may have been a temporary pause rather than a peak.

“The main pressure continues to come from new car supply shortages. With the increase of delta variant, many manufacturers have significantly cut their production," said Brian Benstock, general manager and vice president of Paragon Honda and Acura, a dealership in Woodside, Queens, in New York City. “A story about used cars cannot leave out the story about new cars."

Carmakers have said production of new vehicles this fall will continue to be constrained by a chip shortage and the spread of Covid-19 in Southeast Asia. IHS Markit slashed its vehicle production forecast for this year by 6.2%, or 5.02 million vehicles, the biggest decrease to the outlook since the chip shortage emerged.

“Wholesale used vehicle prices rose rather significantly in the first half of September compared to the first half of August," said Michelle Krebs, an executive analyst at market researcher Cox Automotive Inc. “Dealers appear to be stocking up on used vehicles, which have seen supply stabilize somewhat, to have something to sell because new vehicle inventory remains low."

The index, which is compiled by Cox Automotive, takes into account data from all U.S. sales through Cox’s Manheim automotive auctions that fall in to one of 20 different market classes, and are adjusted for seasonality and mileage.