The all-electric pickup truck built by the startup Lordstown Motors will take place on June 25 at the General Motors assembly plant in Ohio that was shut down last year.
By : Sabyasachi Dasgupta
| Updated on: 24 Jun 2020, 11:13 AM 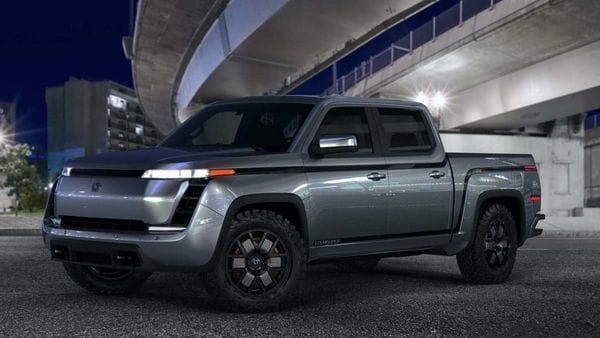 The General Motors plant near Youngstown in Ohio used to be a symbol of local economy and source of jobs for many. After the company decided to shut down the plant last year, it threatened loss of more than 10,000 jobs.

A year later, the plant is buzzing yet again. Thanks to startup named Lordstown Motors who bought the plant from General Motors to set up its own vehicle manufacturing unit. Now, the startup is ready to launch its first all-electric pickup truck called Endurance.

The design of the electric pickup truck is highlighted by a typical muscular front face. A simple yet futuristic bonnet and thin strip of LED headlights form the signature of the carmaker’s first vehicle. Inside, there is a large digital panel which houses the instrument cluster and infotainment system. The centre console houses a large rotary dial which is probably the selector for various driving modes.

The EV startup plans to sell no more than 20,000 units of Endurance pickup trucks in the first year of production. It aims to become a volume player with additional vehicles in the lineup later on.

The development has been somewhat a welcome change amid economic crisis for the people at this town. There is hope returning to one of the most prominent vehicle manufacturing units as it shifts gear towards electric vehicles.

What is even more exciting is that US Vice President Mike Pence will pay a visit to the factory on June 25 on the eve of the launch of Lordstown Endurance pickup truck. Ohio Governor Mike DeWine said that he has not asked Pence to wear a mask during his visit.

“I am not going to tell the vice president what to do," he was quoted by news agency AP saying, "but this is how we all stay safe and help each other."

Ohio Governor's statement comes after controversy over US President Donald Trump's visit to Ford Motor's Ypsilanti factory in Michigan in May. Trump decided not to wear a mask during the visit, which later sparked criticism.

Pence's visit becomes significant since US President Donald Trump failed in his promise to help the displaced workers after General Motors decided to shut down the plant. The second largest US carmaker later set up a battery manufacturing unit nearby where over a thousand workers have been employed.

The frequent visits of political leaders to auto factories in US comes ahead of Trump's attempt for re-election for a second term as the US President. His visit to Ford was significant because they symbolise the industrial engine that Trump is pushing to get restarted after the coronavirus economic shutdown. In April, Trump’s rival for presidential race Joe Biden visited Michigan and was endorsed by the United Auto Workers union for the top job. The UAW said it chose to endorse Biden because of his experience under the Obama administration during the 2009 auto bailout and 'anti-worker federal appointees' by the Trump administration.