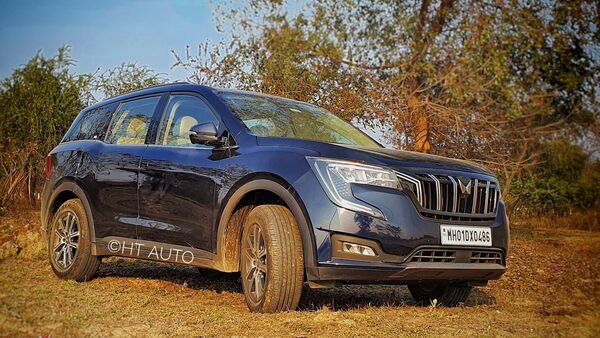 Mahindra XUV700 is offered in both five as well as seven-seat layout.

Mahindra XUV700 has been a resounding success since it was launched last year and has seen booking numbers reach astronomical highs. While the strong response to the SUV has been a massive shot in the arm for Mahindra & Mahindra (M&M) has also, much like most car manufacturers across the world, struggling to keep pace with the demand. On Monday, company officials confirmed waiting period for some of the variants are as high as two years even though production is on at full capacity.

(Also read: Mahindra XUV700 pros and cons: Worth the wait?)

Speaking at a press conference, M&M executive Director Rajesh Jejurikar said that the company continues to get high booking orders for XUV700 each month and that efforts are being made to bring down the waiting period. ""XUV 700 has been a huge success and even with the kind of period we have now, which is 18-24 months and despite producing 5,000 vehicles a month, we are getting bookings of more than 9,000-10,000 units every month," he said.

Highlighting that as semiconductor shortage crisis eases out, M&M is well poised to increase production further to bring down waiting times for customers. Jejurikar also added that the cancellations on bookings have been quite low and that it signals the faith in the vehicle and the desire among customers to bring home one.

The XUV700 has enjoyed a high level of success due to various reasons. Its solid road presence, stylish exterior looks, a well-appointed cabin with cutting-edge features, addition of ADAS features and the option to choose between petrol and diesel, and manual and automatic transmission are some of the key pulling factors for buyers towards the model. Some of these factors are also the reasons behind the success of the updated Thar that was launched in 2020 and which has also been seeing a high level of traction in the market.

With the focus on SUVs continuing, Mahindra is also set to launch the updated Scorpio in the market on June 27. Called Scorpio-N, the updated model will be sold along with the existing Scorpio.