Production stood at 1.5 million cars in Britain last year but has fallen by 16% so far this year, hit by a slump in demand for diesel vehicles, falling sales in China and a hit to consumer confidence due to Brexit uncertainty.
By : Reuters
| Updated on: 21 Dec 2019, 13:12 PM 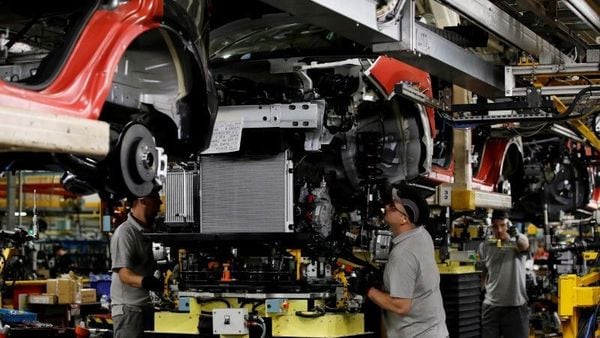 Britain's car industry body called on Prime Minister Boris Johnson to secure a tariff-free trade deal with the European Union which avoids barriers for businesses as production slumped in November.

Output fell 16.5 percent last month to 107,753 cars, continuing a trend of decline in 2019 which leaves output down 14.5% in the first 11 months of the year to 1.2 million vehicles, according to the Society of Motor Manufacturers and Traders (SMMT).

Johnson convincingly won an election last week which puts Britain on track to leave the EU by the end of next month, guaranteeing a transition period until the end of 2020 during which time little will change in its relationship with the bloc.

Much of next year will be dominated by talks between London and Brussels on the future partnership to take effect from 2021, with manufacturers seeking the closest possible relationship to maintain their seamless production processes.

"UK car production is export-led, so we look forward to working with the new government to deliver an ambitious trade deal with the EU," said SMMT Chief Executive Mike Hawes.

"That deal needs to be tariff-free and avoid barriers to trade, which, for automotive, means that our standards must be aligned."