Toyota to make ‘important announcement’ on July 1st. Is it upcoming Creta rival? 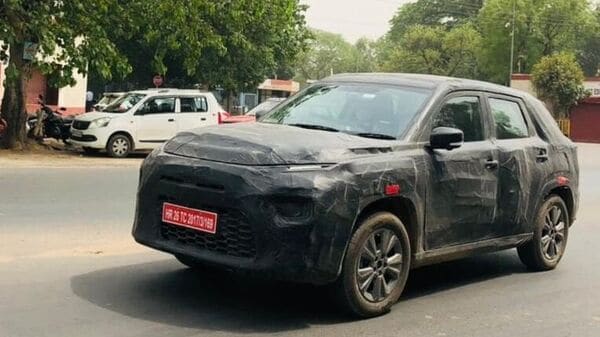 The Toyota Hyryder SUV will be a proper joint development exercise between Suzuki and Toyota globally. And will be built on the modified (localised) version of Toyota’s TNGA-B (or DNGA) platform.

Toyota has rolled out a new block your date invite for July 1st, hinting that an important announcement is just around the corner. While the company remains tight-lipped about the details to be unwrapped next month, it is said that the Japanese carmaker will roll out its upcoming compact SUV. The same will take on the fight with the Hyundai Creta as well as the Kia Seltos in the Indian market. The car is expected to be called Toyota Hyryder, but the name is yet to be officially confirmed.

While the nameplate isn't official yet, what's confirmed is that the SUV will be built on the localised version of the TNGA-B platform and will be produced at the company's plant in Bidadi, Karnataka.

While there are an array of compact-SUV options present in the market today, Toyota's expertise in the SUV segment is what's keeping the Indian customers to hold on to the check. Needless to say, the Hyryder is indeed one of the most anticipated cars for 2022. Toyota and Maruti have joined forces for the co-development of several products and specifically for the Hyryder (earlier codenamed D22) Toyota is leading the charge. And this SUV will also share its bones with Maruti's upcoming mid-size SUV, codenamed YFG.

The car has also been spotted amidst road testing in the suburbs of Delhi NCR indicating that it is reaching the final stage of development. The previous spy images throw light on the exterior profile of the car. Some publications report that the SUV will be kitted with certain modern features to lure the Indian customers some of which include LED headlamps, an electric sunroof, floating touchscreen infotainment head-unit with connected technology, ventilated seats, 360-degree camera and more.

Also one of the key mechanical highlights of the model will include a 1.5-litre strong self-charging hybrid powertrain with different drive modes. It will set sight on models such as the Hyundai Creta, Kia Seltos, MG Astor, Skoda Kushaq among others.