Sharing a sketch of the upcoming electric SUV, Toyota said it will preview the brand new mid-size SUV in the coming months.
By : HT Auto Desk
| Updated on: 07 Dec 2020, 03:19 PM 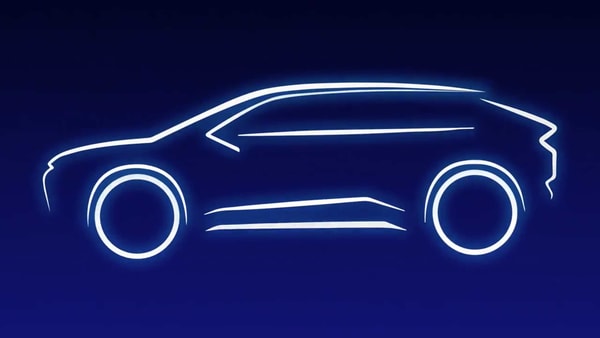 Toyota has teased a brand new SUV that it is going to launch soon. According to the Japanese carmaker, this will be its first new generation fully electric SUV based on the e-TNGA platform, a structure that will allow the development of electric cars and will also be modular.

Toyota took to Twitter on Monday to share some idea about the brand new electric mid-size SUV. The carmaker shared a video of the sketch of the model. Issuing a statement on Monday, Toyota said that further details about the electric SUV will be announced in coming months. Going by what can be seen, this upcoming electric SUV seems to have a size comparable to that of the RAV4 SUV.

“Toyota will shortly take the next step in the rollout of its forthcoming battery-electric portfolio by first previewing an all-new mid-sized SUV in the coming months. The versatility and flexibility of e-TNGA technology allows us to design and create vehicles that are not just battery-electric, but also exciting to drive and beautiful to look at," said Koji Toyoshima, Deputy Chief Officer, ZEV Factory, Toyota Motor Corporation.

Some electrifying news to start the week: Toyota will preview a brand new battery-electric, mid-size SUV in the coming months. #MondayMotivation pic.twitter.com/aNmfyrmDwU

Toyota said the upcoming SUV will be its first step in the release of a portfolio of battery-electric products.

Toyota claims that the new platform is both highly versatile and easily adaptable for a range of product types. The new platform e-TNGA can be used to manufacture front-, rear- or four-wheel drive cars with a wide-range of battery and electric motor capacities to suit various vehicle types and usage profiles.

Toyota also revealed that it is developing its own in-house batteries. Making use of the know-how it has acquired after more than two decades of evolution of hybrid systems, Toyota is working towards reducing the weight, volume and especially the cost of batteries, as well as increasing their life cycle.

For this it collaborates with partners such as Panasonic. And it is developing new technologies such as solid-state batteries, which are smaller and lighter in structure and recharge faster than liquid-type batteries.

According to reports, Toyota is developing this electric SUV along with Subaru, which also set to bring in a new vehicle called Evoltis some time in 2022. The first e-TNGA based model has already been developed and is being readied for production. Manufacturing will take place at Toyota’s ZEV Factory in Japan.