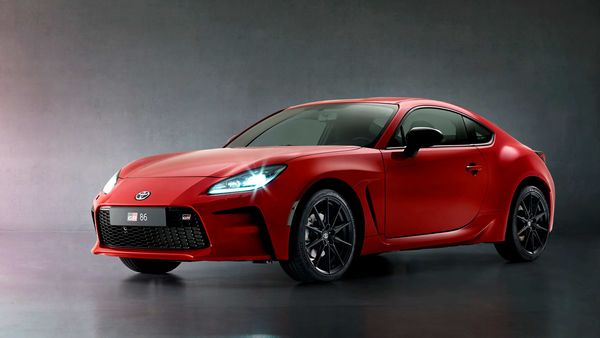 The Toyota GR86 gets a 2.4-litre four-cylinder boxer engine.

Toyota Gazoo Racing unveiled the new Toyota GR 86, the third model developed by the carmaker after the GR Supra and GR Yaris.

The new Toyota GR 86 abandons the previous 'GT86' nomenclature. It introduces the initials of Gazoo Racing in the name, as do the already mentioned Toyota GR Supra or the Toyota GR Yaris.

As with their predecessors, the new GR 86 and BRZ 2021 are practically identical except for small details. The differences between the two is visible in the design of the front bumper. The GR 86 features a larger, more rectangular looking grille reminiscent of the GR Yaris.

The side of the front bumper are updated, as well as the headlights which now have different light signatures. At the rear, the differences seem to be limited exclusively to the logos. The bumpers, pilots, diffuser, exhaust outlets look more identical. 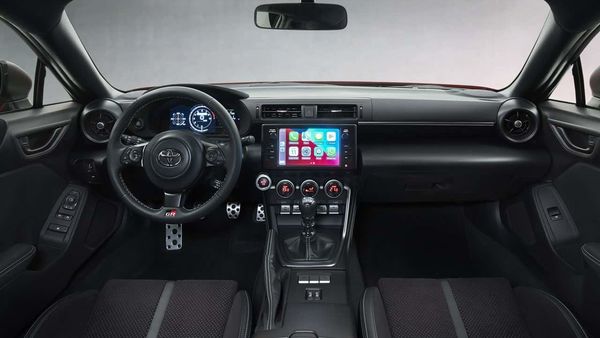 The interior of the Toyota GR86 boasts of a seven-inch digital instrument panel and an 8-inch touchscreen infotainment system.

Inside the differences are really few, basically limited to the logo on the steering wheel and the lettering on the seven-inch digital instrument panel. Both have an 8-inch touchscreen infotainment system, dual-zone climate control, heated seats, as well as an endowment of safety systems and driving assistants.

The Toyota GR86 gets a four-cylinder boxer engine that has 2.4 litres of capacity instead of 2.0 litres of the first generation engine. This will also translate into an increase in power, reaching 235 hp and 250 Nm of torque.

The engine is mated to a standard six-speed manual transmission that sends power exclusively to the rear axle. There is also an optional six-speed automatic gearbox with a new Sport mode designed for more aggressive driving.

Toyota said that it is going to launch the sports coupe in Japan later this year. It is expected that it will arrive in Europe soon.