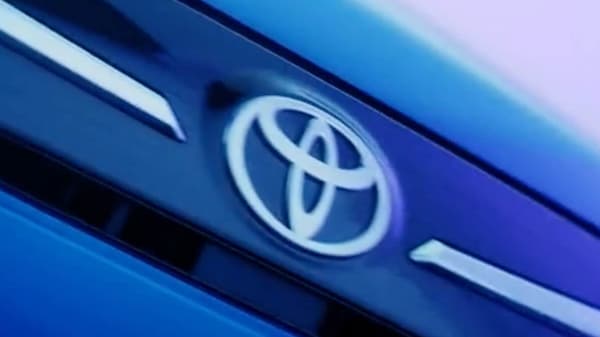 Toyota expects June too to come with lowered production.

Toyota Motor Corp's global production declined for the third consecutive month in May 2022. The Japanese auto giant produced 634,940 vehicles last month, down 5.3 per cent compared to the same month a year ago and short of the company's target of around 700,000 units. Also, Toyota reports that its sales in the first five months of 2022 declined by 9.7 per cent of its own target on average. This prompted concern about whether the auto company will be able to maintain its current target for the year.

(Also Read: BMW to use Android Automotive OS in its cars from 2023)

Toyota has set its target of a record 9.7 million vehicles for the year ending March 2023. However, it has floated the possibility that its production plan may be lowered. This comes as the automaker like the rest of the global auto sector is suffering from the impact of the microchip crisis. Covid-induced chip shortage has impacted the auto industry severely, disrupting the entire supply chain and automotive production and sales as well.

Toyota initially fared well during the global semiconductor crunch as it had a large stockpile of chips. However, it had to repeatedly cut production this year due to shortages of key chips and components as well as supply disruption due to Covid-19 containment measures in China.

In the meantime, the automaker has twice downgraded its production target for June 2022. The latest projection is 750,000 vehicles, roughly 12 per cent lower than the original estimate of 850,000 units. The automaker also reported that its production in Japan slumped by 28.5 per cent in May, but increased 4.6 per cent in the overseas plants.

Europe was among regions where Toyota's vehicle production increased because it was not hit as hard by the chip shortage. The production also rose in countries including Thailand and Indonesia.