New generation Toyota Land Cruiser has become the latest model to be impacted by the chip shortage.Toyota Land Cruiser's ZX and GR Sport trims may take up to four years to be delivered in some of the markets offered in.
By : HT Auto Desk
| Updated on: 09 Sep 2021, 11:53 AM 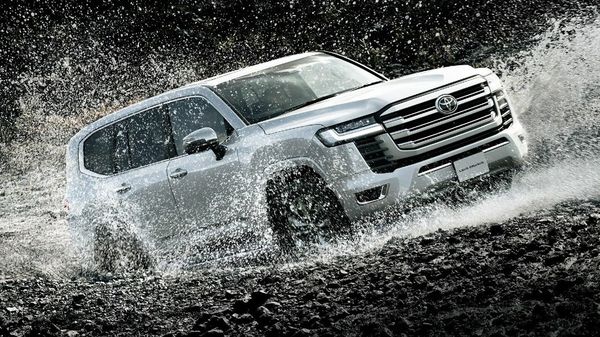 The new Land Cruiser is based on Toyota's GA-F Platform.

Now, a report by Cars Guide claims that the automaker is stretching the waiting period for new generation Land Cruiser by up to four years. The reason? Supply chain disruption, claims the report. While the demand for the SUV is high, Toyota is reportedly running out of components, especially the microchips.

The report however does assert that a waiting period of up to four years is for some select trims and not all of them.

The Japanese automaker has received more than 20,000 orders for the new generation Land Cruiser in Japan since it opened booking for the SUV on August 2. Around 90% of the bookings in Japan are for the ZX and GR Sport trims. Such high demand and the chip shortage are resulting in a long waiting period for the SUV.

What's making matters worse is that the car brand has not manufactured the Land Cruiser for a significant part of last month. This month too, Toyota is not producing the SUV. This is affecting the new generation of Land Cruiser's availability across the world.

Earlier in August, Toyota said that demand for the SUV was high enough to fulfill in the first 12 months of production. Even at that time, a consumer buying the SUV was told to wait for at least a year for the delivery.

The Toyota Land Cruiser has been a formidable SUV across the globe for several years. It has had quite a successful run in many countries. Famed for the go-anywhere capabilities and imposing body structure, the new 2022 LC300 Land Cruiser has received a positive response from many. However, such a long waiting period for the SUV will certainly impact its sales.