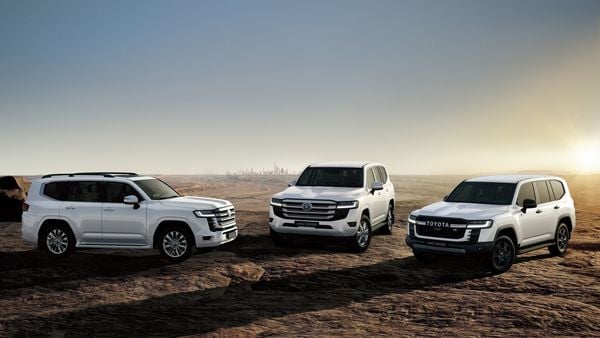 Toyota LC300 becomes the latest addition to the list of luxury high-performance cars in the Dubai police vehicle fleet.

The Abu Dhabi and Dubai police forces have bought the first 50 units of the 2022 Toyota Land Cruiser 300 from the Al-Futtaim Toyota, reports Khaleej Times.

In line with the UAE’s road to 50 and to celebrate the delivery of the all-new Land Cruiser to the first 50 customers, the car retailer reportedly arranged a special reception at its showroom in Dubai Festival City on June 20.

The publication quoted the car retailer that it conducted an exclusive midnight drive event. The first 50 buyers of the Toyota Land Cruiser 300 were greeted by fireworks and a water salute by Dubai’s Civil Defence accompanied by Dubai Police.

Among other highly expensive vehicles that the Dubai Police department owns are Aston Martin One-77, Lykan HyperSport, Audi R8 and Bentley Continental GT. But the newly added Toyota LC300 is undoubtedly the toughest of the lot.

Internationally, Toyota Land Cruiser 300 gets power from a 3.3-litre V6 twin-turbo diesel engine that churns out 308 hp of power and 700 Nm of mammoth torque output. The middle-east spec model gets a 3.5-litre V6 petrol engine mated to a 10-speed automatic transmission. This motor is capable of pumping 414 hp of power and 650 Nm of torque.

The Toyota LC300 comes as the world's first ladder version of the Japanese automaker's TNGA platform. This makes the luxury SUV lightweight, stiffer and technologically more advanced compared to the LC200 it replaces.