A police officer of Arkansas State Police Department used deadly force to stop a SUV that was charged for overspeeding.The SUV driver was looking for a safe place to pull over the car.
By : HT Auto Desk
| Updated on: 13 Jun 2021, 02:22 PM 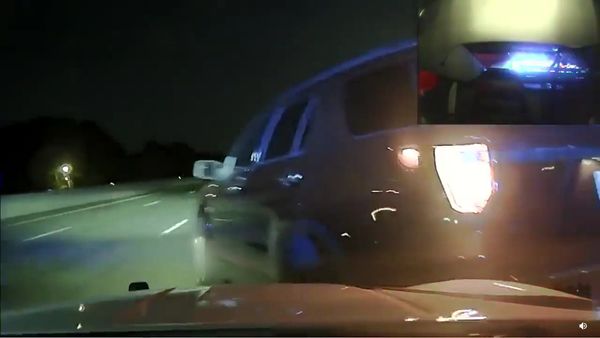 The Arkansas State Police has been accused of using deadly PIT maneuver 306 times between 2017 and 2020. (Image: Reddit)

Harper was pregnant at the time of the incident and was caught driving her SUV at 135 kmph on a section of Highway 67/167. The dashcam video from the accused police officer Corporal Rodney Dunn’s police car reveals that Harper was slowing down and using her hazard lights.

The video reveals that the cop flips the pregnant woman's car for pulling over too slowly. The moment the police vehicle performs the pit manoeuver, the SUV topples across three lanes of traffic and into the concrete median. Next, the footage shows the SUV crashed upside down and smoke coming out of its engine bay.

Harper in an interview with a news channel said that she thought she was going to lose the baby. Her lawyer said that there was a less dangerous and more safe avenue that could have been taken before flipping Harper's SUV and making it bounce off a concrete barrier going at a high speed.

This is not the single case when the Arkansas State Police have used such a manoeuvre. The Arkansas Police Department has come under fire for its use of such risky measures. An investigation by KARK revealed that between 2017 and 2020, the state police officers used the manoeuvre 306 times and half of them took place in 2020 alone.