Tata Motors has brought in the Tiago NRG to appeal to a younger set of car-buying customers and the otherwise sedate-looking hatchback does make a visual statement.
By : Shubhodeep Chakravarty
| Updated on: 12 Aug 2021, 12:49 PM 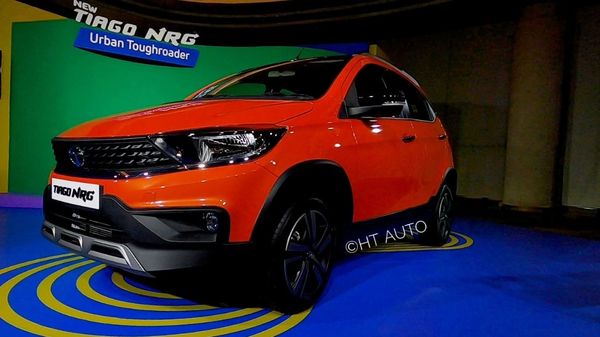 Tiago NRG aims to stand out from the Tiago courtesy its exterior styling elements and slightly increased ground clearance.

Tiago hatchback from Tata Motors was first launched back in 2016 and in the face of enormous competition, has still managed to find favour among a larger number of buyers. Tiago has sought to make a mark for itself courtesy its steady drive characteristics, safety highlights and a price tag that doesn't get one to break bank. But styling hasn't been its main forte ever. And so, enter Tiago NRG - building on the strengths of the original model but with the claim of looking dapper and possibly driving better.

Tata Motors launched Tiago NRG earlier this month at a starting price point of ₹6.46 lakh (ex showroom). While this is for the five-speed manual transmission variant, the one with the automatic gearbox is priced at ₹7.09 lakh (ex showroom). Now as far as pricings go, Tata Motors may just have got it bang on but for the asking price, what is new and what really is different? 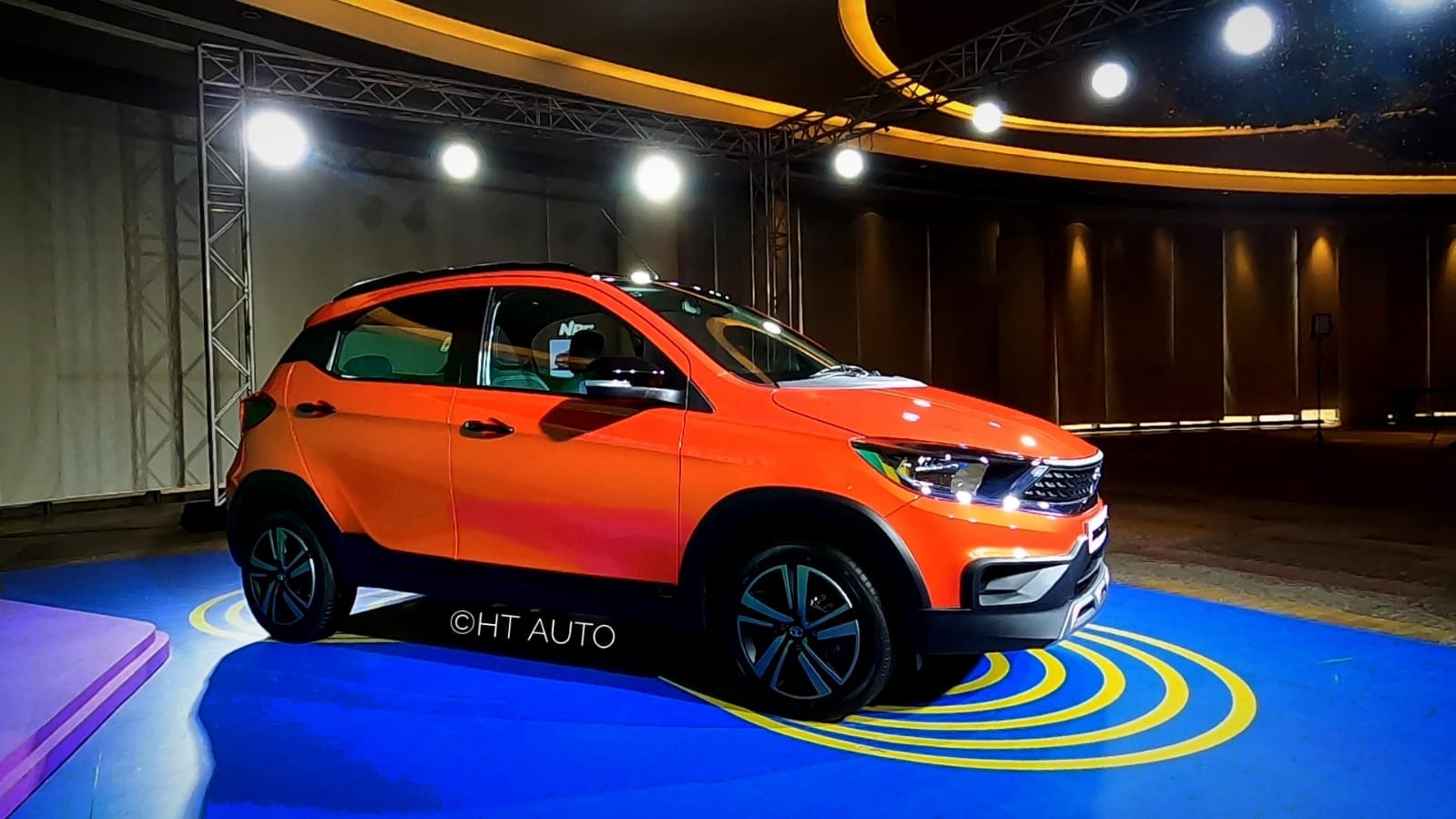 Black cladding on the sides give the Tiago NRG more character in its exterior visual profile.

Tiago NRG is clearly primed for attention from a younger car-buying audience. While Tiago has been regarded as a safe bet for those who watch their budget closely, the Tiago NRG is a step up for those who may want to also make a statement of sorts.

Tata Motors says that NRG isn't an abbreviation but stands for 'Energy' but it would take more than just a clever wordplay to woo new-age customers. Thankfully, Tiago NRG does seem to back itself with visual updates that work.

The front and rear bumpers have been reworked and now come with skid plates to add to the car's sporty credentials. It may not be a Black Edition but Tiago NRG gets generous doses of the hue - black cladding on the sides, black roof, ORVMs and door handles done in black shade. The car sits on 15-inch steel wheels which have a very smart, alloy-like design.

Then there are roof rails too which add to the visual appeal of the vehicle. These, however, are cosmetic only and not meant for practical use.

In terms of dimensions, there isn't any change barring a minor bump up in ground clearance - from 170 mm to 181 mm.

And if all of these updates don't already scream that this is an update, there is an NRG badge at the rear for confirmation as well. Overall, the NRG does look very youthful and it is easy to justify its 'NRG' name tag. 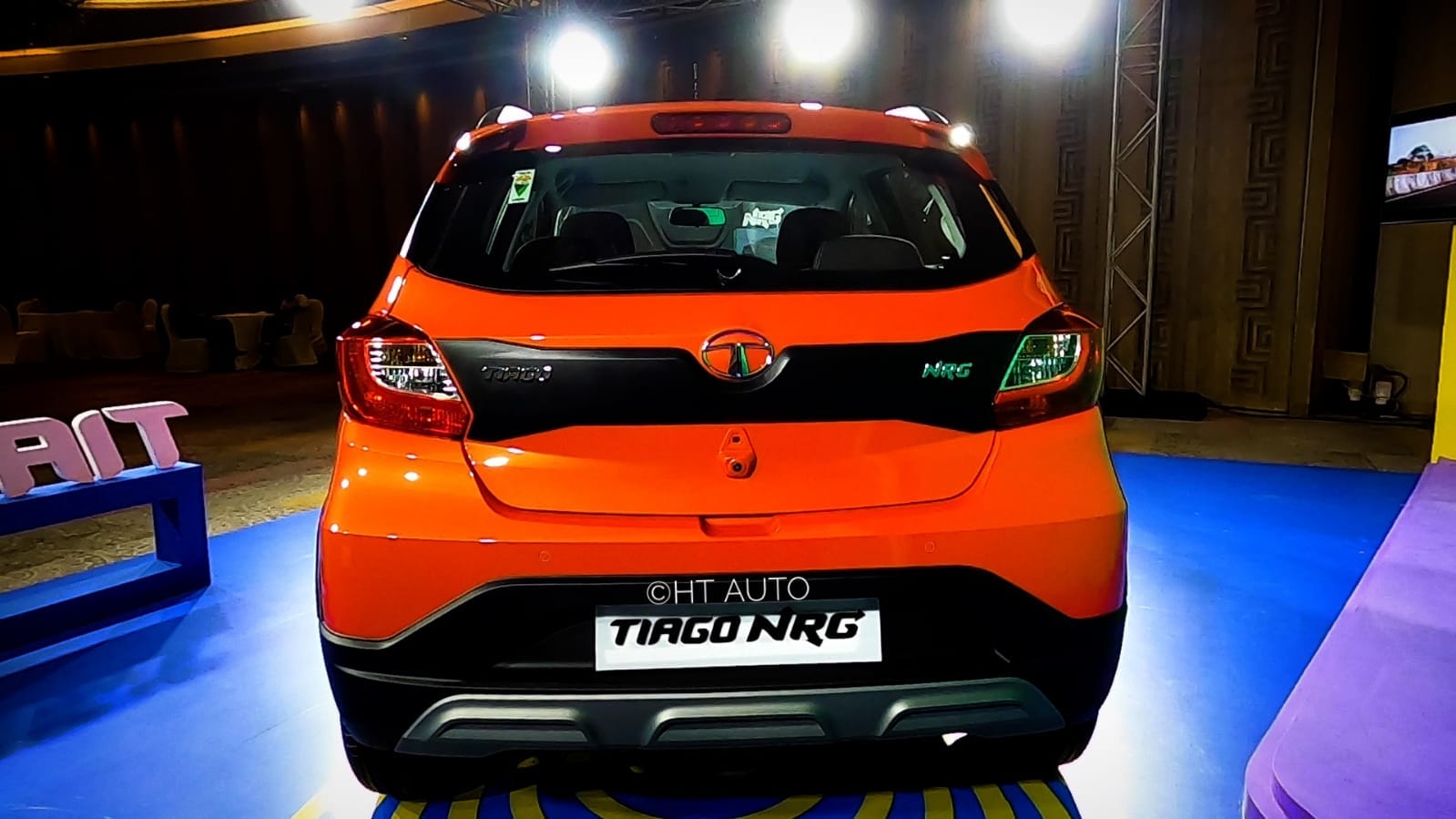 A look at the rear profile of Tiago NRG. Tiago NRG gets a seven-inch main display and an all-digital driver display unit.

For anyone who has a Tiago or is otherwise familiar with its cabin layout will instantly recognize the cabin of the Tiago NRG as well. And yet, it won't really need a careful glare to notice the updates on the updated car. 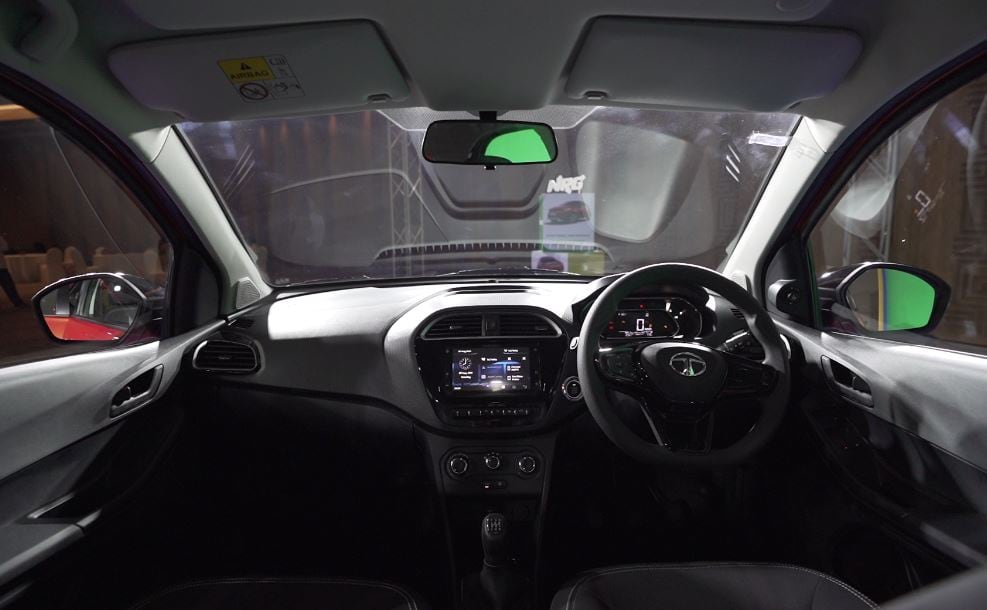 A look at the dashboard layout inside Tata Tiago NRG.

The emphasis on black continues on the inside with the dash and seats done in charcoal-black hues. The steering wheel also gets a piano black finish for a more upmarket appeal. And then there is a new seven-inch infotainment screen with support for Apple CarPlay and Android Auto. This is complimented with a seven-speaker Harman Kardon sound system.

Another great addition is an all-digital driver display screen which has large fonts for easy readability.

NRG is a sportier package of a car that otherwise ticked most of the boxes right anyway. Tata Motors claims that NRG also drives better and will handle bad-road conditions with more confidence even if there is no change under the hoof - yes, it is the same 1.2-litre three cylinder engine with 87 hp and 113 Nm of torque. This is something that can only be confirmed once we do take it out for a spin. But as far as first impressions go, Tiago NRG does deserve a good look based on its styling highlights on the outside and cabin updates within.