Home Auto Cars News This Suzuki Alto Has A Retro Design, And Comes With 4wd Variant 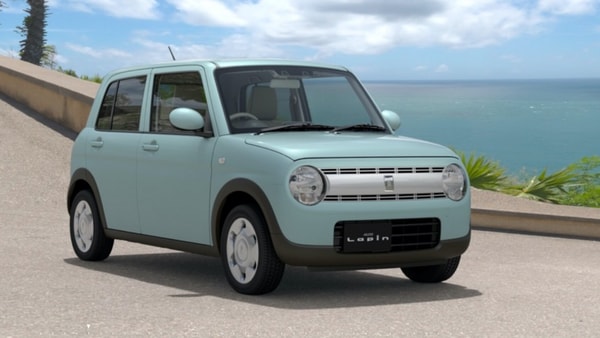 The Suzuki Alto Lapin LC, launched in Japan, is powered by a 660 cc 3-cylinder petrol engine.

Alto hatchback is one of the oldest existing models from Maruti Suzuki in India due to its immense popularity after so many year. While India's largest carmaker is expected to launch yet another facelift version of the small car soon, a new model has been introduced at the Japanese carmaker's home market. Called the Lapin LC, the new Alto wears a retro look and comes packed with features. Though there is no official word, but Maruti is unlikely to bring this model to India.

The Suzuki Alto Lapin LC is powered by a 660 cc 3-cylinder petrol engine. The engine comes mated to only a CVT gearbox. The Alto Lapin LC can generate maximum output of around 63 bhp.

It isn't the specifications of the Alto Lapin LC, which is vastly different from any generation Alto sold in India, that makes it unique. The design of the hatchback is also quite unique and is in line the Japanese Kei cars, or small cars. It has a boxy appearance with retro design like the round-shaped headlights, large glass area on all sides and simplistic grille which makes the hatchback stand out in the crowd.

Step inside, the Alto Lapin LC also offers vast range of features. To start with, Suzuki says the windows of the hatchback can protect occupants from ultra-violet rays by 99 percent. The driver and front passenger seats have heating functionality. It also has fully automatic air conditioner, adjustable driver seat and steering wheel with tilt function.

The Alto Lapin LC also has keyless entry system and push button start and stop features. The dashboard is dominated by a 7-inch digital touchscreen display compatible with Apple CarPlay and Android Auto, as well as a reverse parking camera. The driver display is also digital and offers information like average mileage, range and other vehicle-related data.