This Hyundai SUV is rated as the safest on US roads

The 2022 Hyundai Tucson SUV, which is expected to hit the Indian markets soon, has received the Top Safety Pick Plus award by US safety rating agency Insurance Institute for Highway Safety (IIHS).
By : HT Auto Desk
| Updated on: 10 Aug 2021, 12:17 PM 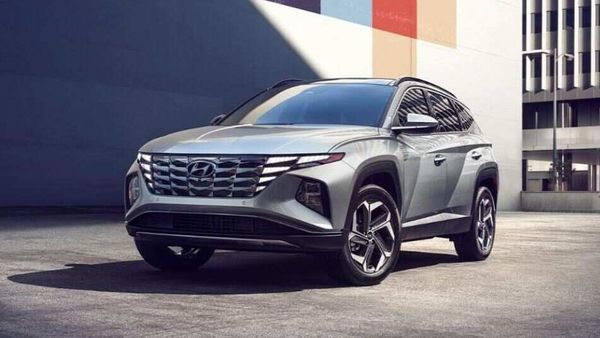 The 2022 Hyundai Tucson SUV has received the Tip Safety Pick Plus award by US safety rating agency Insurance Institute for Highway Safety (IIHS).

Hyundai Tucson SUV has been rated as one of the safest cars on roads in the United States, after it was given the Top Safety Pick Plus award by safety rating agency. The 2022 Hyundai Tucson SUV was launched in the US this year after it went through several changes, both in terms of design as well as specifications.

With the latest safety ratings, Hyundai Tucson has joined two other SUVs fro the Korean carmaker, the Palisade and Nexo, which had also earned the top safety rating fro the agency in US. Hyundai, along with its luxury vehicles unit Genesis, the carmaker has as many as 14 cars that are rated among some of the safest on US roads.

The 2022 Tucson gets a massive style upgrade on the outside including a new-look grille, sleek roofline, athletic fenders, prominent splash of character lines on the side and blade-like light strip connecting the brake lights on either side.

The interior of the new generation Tucson is also much more premium than its previous models. It now comes with a 10.25-inch main infotainment unit that dominates the broad ridge of the vertically oriented, fully integrated center fascia, and a digital instrument cluster of the same size.

2022 Hyundai Tucson SUV was launched earlier this year in US. It currently costs from $26,135 (roughly converted to ₹19.45 lakh). Hyundai is likely to bring in the new generation Tucson SUV to India soon.