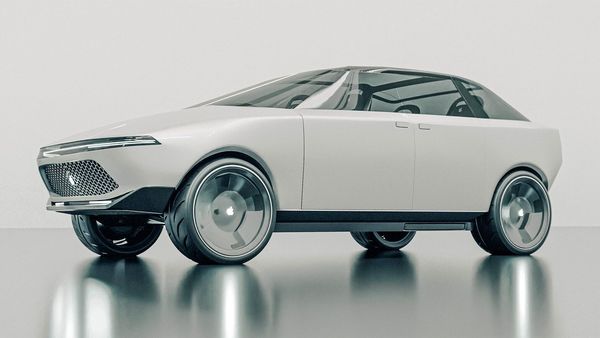 It's an interesting time when a carmaker like Tesla is mulling the plan to develop a smartphone that will take on Apple iPhone. At the same time, Apple is mulling the plan to develop an electric car that will take on Tesla. In fact, Apple has filed for patents that fuelled speculations about its much-talked car project. Here is a rendering of Apple's ambitious project based on the genuine patents filed by the tech giant.

The US-based tech company remains very tight-lipped about its electric car project. Made by the British vehicle leasing company Vanarama, the rendering takes inspiration from existing Apple products as well. It previews the car in a futuristic luxury sportback form.

If we look closely at the rendering image, it looks like a mashup between a hatchback, a crossover and a van. It gets angular shapes. For headlamps and taillights, the car gets sleek LED lights. Despite being an electric car, there is an actual grille at the front instead of just a closed-off panel visible in many modern electric vehicles.

The rendered image also shows ample ground clearance for the car. The glass area with its pillarless design appears like a glass canopy ensuring almost 360-degree visibility for the occupants. Large wheels with the Apple logo at the centre, iPhone's button inspired door handles that are integrated into the body panel, sleek black cladding at the lower body are other design elements of the car. Overall, the exterior appears minimalist and clean. 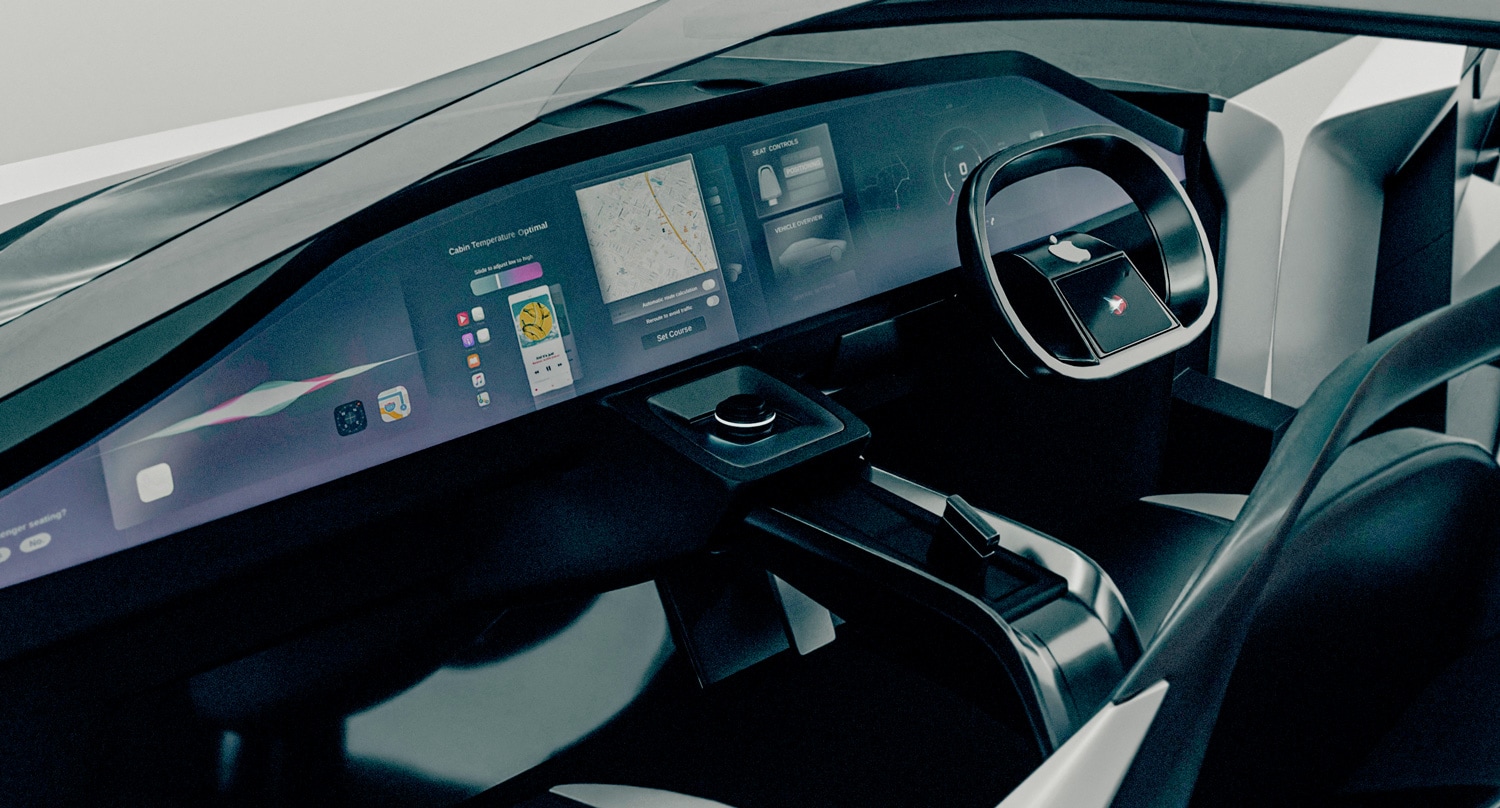 The interior looks exciting with the features. (Image: Vanarama)

Inside the cabin, it looks more exuberant with the overall design and features. The dashboard is dominated by a massive screen, operating a fully customizable infotainment system. The large screen with a width of almost the dashboard comes integrating the instrument cluster and infotainment system into one. The squarish steering wheel gets a rotating screen with Apple Siri integrated into it.

The coach doors, pillarless design and a large glass surface give the cabin a very spacious and comfortable look. Another interesting feature is the rotating seats.