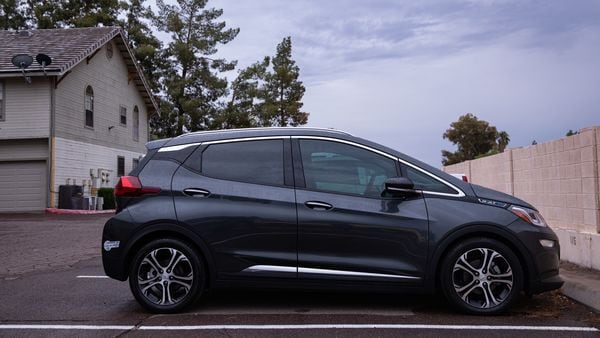 General Motor Co. has recalled every Chevrolet Bolt it has built due to the risk of battery fires and warned owners not to park them in their garage.

No other electric vehicle has perhaps had ad much bad press as the Chevrolet Bolt in recent times. While Bolt EV has been lauded in the past for its capabilities, recent times haven't been too kind with numerous fire-related incidents marring the goodwill it had managed to create. Such is the bad rep now that parking lots in many parts of the US are not even allowing these EVs to enter compound, compounding woes of the owners.

(Also read - EVs catch fire: The how, who and what of it all)

General Motor Co. has issued a battery recall which is estimated to cost around $1.8 billion. But it just has to be done. This is because several Bolt EVs have gone up in flames, some left charred, due to battery-manufacturing defects. GM has halted production of the vehicle and wants LG, the battery manufacturer, to pay the recall costs. All of it would matter very little to the Bolt EV owner being shunned from parking lots.

US media reports cited many users complaining online that they are turned away from public parking spaces because they are in a Bolt EV. In particular, a parking lot in San Francisco is learnt to have put on a sign clearly prohibiting entry of this particular EV.

There is a rising fear that any instance of a fire in a particular unit of Bolt EV may result in the flames spreading to other vehicles in a confined space. Owners, in fact, are being asked to not even park their Bolt EVs in home garages and leave it in the open. Additionally, they have been told to not charge the car beyond 90% or even let the remaining drive range fall below 113 kms.

Now that's a whole lot of do's and don'ts!

While there have been some concerns that the Bolt EV fires may make people at large skeptical about EVs but there has been little to point in this direction in the US. The likes of Tesla, Ford, Volkswagen and others continue to develop newer models and are confident that the EV market will only grow in the times to come.