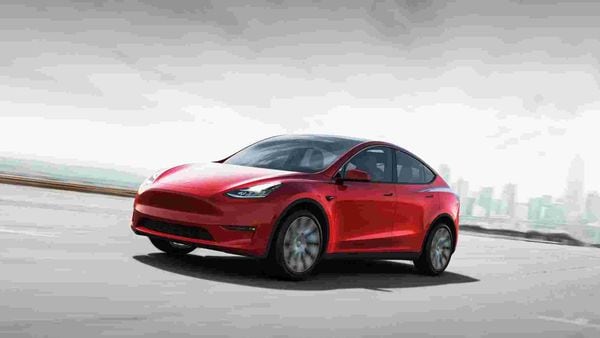 Tesla Model Y has gone on sale in China.

Tesla Inc. will start deliveries of its China-made Model Y SUV this month to customers in the country, as it set the vehicle at a price below some of its rivals to maintain a competitive edge.

The Model Y starts from 339,900 yuan ($52,074), while the Model Y Performance car will be from 369,900 yuan, Tesla China said in a statement on Friday. Tesla Chief Executive Officer Elon Musk has said the Model Y has the potential to outsell all other vehicles it makes.

(Also read: When, how and what of Tesla's India entry)

Tesla also launched a modified Model 3 sedan which remained at a post-subsidy price of 249,900 yuan for the basic version. The Model 3 qualifies for China’s national subsidy for electric vehicles, while the Model Y doesn’t.

Tesla’s Dominant Position in China Could Be Threatened Next Year

China is Tesla’s largest market after the U.S., with sales in Asia’s biggest economy topping 120,000 units in 2020, according to the latest local registration data. Tesla is still ramping up production in Shanghai, prompting analysts to forecast that China will account for a bigger slice of its sales and earnings going forward.

The Model Y, an SUV crossover that has a driving range of up to 594 kilometers (369 miles), is expected to help the electric carmaker expand its product lineup and target a bigger customer base.

Tesla regularly topped monthly premium electric vehicle sales tallies in 2020, helped by the sedans coming out from its multi-billion-dollar plant that was launched with much fanfare in Shanghai the year before. Still, last year was also marked by rivals catching up, and 2021 is expected to hand the company stiffer competition.

A trio of local champions Nio Inc., Xpeng Inc. and Li Auto Inc. has emerged. They are enjoying backing from government entities or internet giants, and the three startups are quickly winning fans, with sales of their electric SUVs, sedans and crossovers rising in 2020 and their shares surging. Nio’s electric SUV for example, sells at 368,000 yuan or more.