Home Auto News When, How And What Of Tesla's India Entry

When, how and what of Tesla's India entry

In October, Tesla CEO Elon Musk had tweeted about the company’s entry in India.Tesla may initiate its India plans with the launch of its best-selling, most affordable Model 3 EV.Tesla is said to implement direct sales strategy for India.
By : Prashant Singh
| Updated on: 30 Dec 2020, 05:34 PM 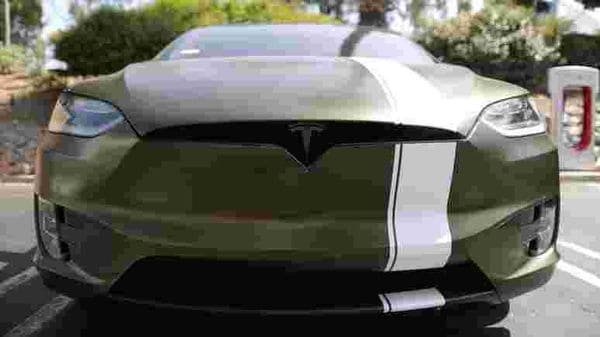 File photo of a Tesla EV in Los Angeles, California.

Tesla, the electric car maker from Palo Alto, California, is gearing up to enter the Indian market next year in early 2021. While Tesla's India entry has been under speculation for the last few years, the news was recently confirmed by none other than the Road Transport and Highways Minister, Nitin Gadkari. At the recent Indian Express Idea Exchange programme, Gadkari said that the American EV maker will “start operations" in the country in early 2021.

Throwing more light on the matter, the minister elaborated that Tesla will initiate the first phase of Indian operations by establishing a sales-only network, and later assembly and manufacturing plants will come into force depending upon the market response for the cars. Gadkari further said that several major automakers are already planning to introduce new battery-powered cars in India. He added, “India is going to become a number one manufacturing hub for auto in five years."

While there may not be official details on the initial product strategy of Tesla India, rumours suggest that the company will commence India plans with the launch of its best-selling and most affordable Model 3 car in the country.

Tesla's first offering for India will be launched by end of the first quarter of FY 2021-22. The company is also said to initiate pre-bookings on the car from January 2021.

Tesla will work on a direct sales strategy without appointing any dealers in the country. The EV maker will bank upon digital sales and import cars via the completely built unit (CBU) route. When launched, the Model 3 electric sedan is expected to cost upwards of ₹55 lakh in India.

For the uninitiated, the EV maker was also in talks with the government of India to chalk out plans for an R&D center in Bengaluru and both the bodies have held at least two rounds of discussions on the same matter. Also, several reports suggest that Tesla may establish its first facility in India either in Maharashtra or Kerala.