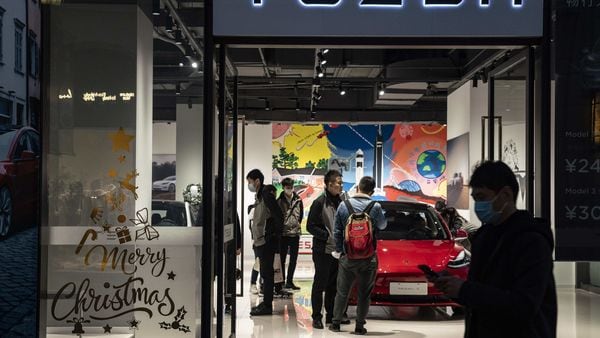 In what is seen as an effort to push year-end sales, Tesla has launched an offer on new buys just before the New Year's eve. Tesla will offer its full self-driving option in all its new electric vehicles bought before January 1.

The self-driving option will be available in these new electric cars for only the first three months after purchase. The cost of the full self-driving feature in Tesla cars would cost roughly around $10,000.

Tesla CEO Elon Musk took to Twitter today, announcing the scheme. He wrote, "All Tesla cars delivered in the final three days of the year will get three months of the Full Self-Driving option for free. Delivery & docs must be fully complete by midnight Dec 31st."

All Tesla cars delivered in the final three days of the year will get three months of the Full Self-Driving option for free. Delivery & docs must be fully complete by midnight Dec 31st.

Tesla's full self-driving tech is currently in its beta version and is being tested by select drivers before the carmakers officially launches it. Tesla wants its select buyers to also experience the new feature before it hits the markets.

Tesla has not shared any more details about this flash deal of sorts, neither its website answers any of the questions one may have regarding the scheme. It does not specify whether the free three months of full self-driving feature will begin immediately after getting a new Tesla car bought or delivered.

The offer from the most popular EV maker is likely to spruce up its sales across the world ahead of 2021.

Some of the features that Tesla’s full self-driving tech will offer are Navigate on Autopilot which will help the car to overtake other cars, Auto Lane Change, Auto Park and Summon which will help owners in both parking the car or taking it out of a parking area remotely, and the Traffic Light and Stop Sign Control.

Earlier Elon Musk had confirmed that Tesla will release the full self-driving feature in Tesla cars sometime in 2021. Tesla is likely to end its first year selling China-made cars with a commanding position in the world’s biggest electric-vehicle market. The EV maker has regularly topped monthly premium EV sales tallies this year, helped by the sedans churned out from its multibillion-dollar plant opened to much fanfare in Shanghai last December.