Mining cryptocurrency using a Tesla Model 3 was after all just like connecting the computer to any other power source.
By : HT Auto Desk
| Updated on: 10 Jan 2022, 05:52 PM 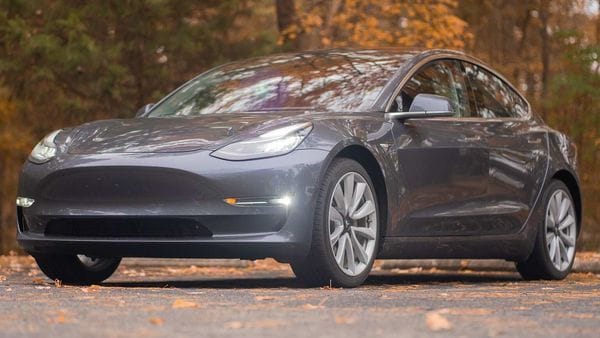 Tesla Model 3's battery was used to generate power for a computer and five interconnected GPUs.

Siraj Raval has used his 2018 Tesla Model 3 to run a free bitcoin mining software on his Apple Mac mini M1 and was netting as much as $800 (approximately ₹60,000) a month during the peak crypto boom early in 2021. Raval claims that he powered the computer by plugging an inverter into the 12-volt power socket located in the centre console of the car. This is probably the first time a Tesla has been used to mine bitcoins.

The man tried just every way there is to mine cryptocurrencies from his 2018 Tesla Model 3, reports CNBC Besides running the Mac mini M1 using the centre console power socket, he also hooked up five interconnected graphics processing units (GPU) to the frunk of his Tesla, running these machines off the electric sedan's internal battery.

The move risked him voiding the car's warranty, but Raval claims that the effort was worth it. Mining from a Tesla was after all just like connecting the computer to any other power source.

Mining cryptocurrencies demands creating a network for a blockchain ledger, which is painstakingly expensive and demands a huge amount of electricity consumption. This is too costly. The man who mines Bitcoin and Ethereum figured out a way to minimize the cost of electricity by just using his electric car as a source of electricity to power his Macbook.

Tesla Model 3 is already built to deliver more than 100 kWh and anything connected to the car seeking energy is going to consume a fraction of that only. The move is very similar to the idea of electric vehicles powering the grid and other electrical appliances when required. Several automakers such as Nissan, Hyundai, Toyota are working on such technologies when their electric vehicles will be able to reverse power to the grid or electric appliances when required. However, powering a computer for mining cryptocurrency is something unique.