Tesla second only to BMW now in premium car sales in this key market: Report

Tesla is not just leading the EV battle but is now taking the fight to all cars with soaring sales and a robust production plan.
By : HT Auto Desk
| Updated on: 10 Jan 2022, 09:56 AM 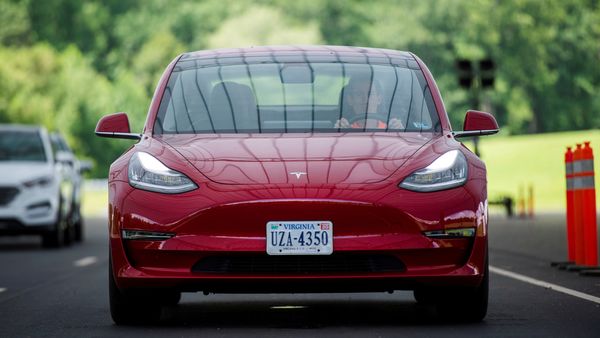 File photo: Tesla Model 3 is the most popular electric vehicle across the world.

Tesla has a massive lead in the world of electric mobility but its dominance is now extending to the overall automotive industry in many markets as well. A clear evidence, and a remarkable feat at that, comes from the fact that Tesla now stands second only to BMW among premium car makers in the US, in terms of sales in 2021.

According to reports, Tesla delivered over 313,000 units in the US in all of 2021. This is second only to around 336,000 delivered by BMW in the premium car segment. Lexus, Mercedes and Audi were the other takey players in this list.

There are several key takeaways from Tesla emerging as the second biggest player - in terms of sales - in the premium car segment in the US. First, it shows the rapid pace of electric vehicle adoption. More and more buyers in the US and many other parts of the world are considering a battery-powered option and Tesla is perhaps at the top of the list for many potential buyers. Tesla Model 3 in particular is a hot-selling product and a key reason why the company has been able to play the volume game despite being an EV-only company.

(Also read: Tesla Model 3 is now the second-most sold car in the UK)

The other key factor that many point to is that Tesla has been able to meet the surging demand with a surge in production and deliveries. 2021 was yet another record year in terms of deliveries for the Elon Musk-led company which has managed to deal with the global chip shortage crisis with skill. The Texas facility is going to further add to the production capabilities of Tesla with cars like Model 3, Model Y and even the Cybertruck slated to be manufactured here.

And while the Chinese market remains quite significant considering that this is the largest EV market in the world, the signs that Tesla could take the top spot among premium car makers in the US this year is quite possible.

Estimates say that there were around 2.2 million premium and luxury vehicles sold in the US in all of 2022. And while critics could argue that Tesla cars aren't exactly premium or luxury, there are many others who point to the new-age features in Tesla products that often make ‘conventional’ premium and luxury models appear rather jaded.

(With inputs from Inside EVs)