Tesla cars' heating system under probe in this country

A number of Tesla car owners have complained in Canada that the heat pumps of their electric vehicles are failing during extremely cold temperatures.
By : HT Auto Desk
| Updated on: 14 Jan 2022, 09:25 AM 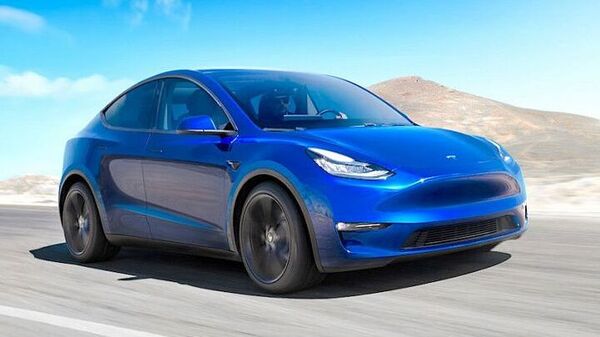 (Also Read: Tesla's self-driving software is under scanner in this state)

The automotive safety agency of the country, Transport Canada said that it is concerned that a malfunctioning heating and air conditioning system may result in windshield defogging or defrosting and therefore impact the driver visibility. Something like that on a busy highway can result in a catastrophe for the occupants.

"A company is required to notify Transport Canada and all current owners when they become aware of a defect that could affect the safety of a person. ... These notices are commonly referred to as ‘safety recalls,’" the agency said in an official statement. The regulator also said that it has already informed Tesla about the investigation.

Interestingly, back in 2020, Tesla CEO Elon Musk said that the Model Y heat pump carries some of the best engineerings he has seen.

However, in recent times, a number of Tesla car owners have complained in Canada that the heat pumps of their electric vehicles are failing during extremely cold temperatures. They have complained that the heating problems happened even after Tesla replaced the faulty sensors in heat pumps in some of the 2020-2021 Model 3 and Model Y vehicles in early 2021.

While the Canadian authorities are investigating the issue, the US automotive safety regulator National Highway Traffic Safety Administration (NHTSA) is yet to announce any such move.

The latest investigation might result in a recall for the affected Tesla Model 3 and Model Y vehicles, which are the two bestselling cars of the EV manufacturer.