Tata Tiago NRG launched at ₹6.57 lakh. Here's what is on offer 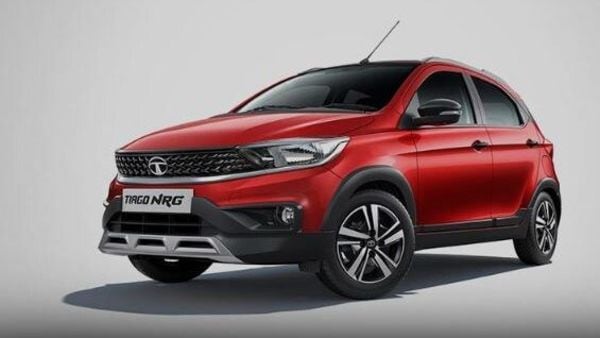 Tata Tiago NRG claims to have credentials to take on less-than-perfect road conditions.

Tata Tiago NRG was officially launched in the Indian car market on Wednesday at an introductory price of ₹6.57 lakh for the MT and ₹7.09 lakh for the AMT versions (ex showroom, Delhi). Tiago NRG from Tata Motors is essentially a crossover based on the Tiago hatchback but is strikingly sporty to look at thanks to the numerous visual additions on the outside and updates in the cabin.

Tata Motors is hoping that while the exterior and cabin highlights attract buyers, it is also the better drive capability that will pull enthusiasts. "It is not only strong on the exterior but is feature-loaded & stylish in the interior, and is an absolute pleasure to drive with enhanced abilities to take over rough terrains," said Rajan Amba, Vice President for Sales, Marketing and Customer Care at Tata Motors.

Tata Tiago NRG will come in green exterior hue with a blackened roof. It gets body cladding all along the side while there are roof rails (for aestethics only) and faux silver skid plates as well. The ORVMs are in black.

The car has a ground clearance of 181 mm and stands on 15-inch alloy wheels. It also gets re-tuned Dual Path suspension to tackle broken roads better. 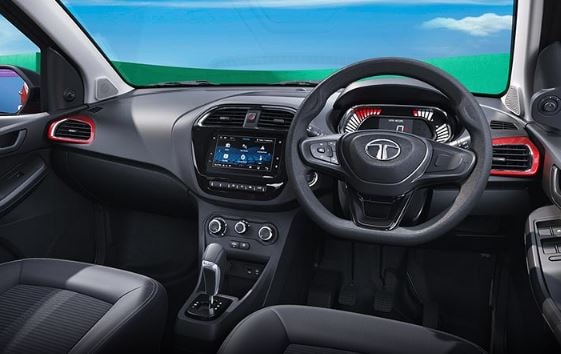 A look at the cabin of Tata Tiago NRG.

The updates on the inside of the Tata Tiago NRG include a rear-view camera, engine start-stop button and a seven-inch infotainment screen which supports Apple CarPlay and Android Auto. Charcoal black colour theme dominates the cabin, a bid to further its aggressive appeal. 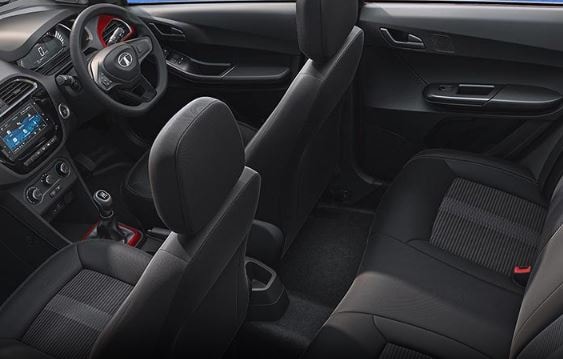 Tata TIago NRG cabin is done in all black hues.

Additionally, there is a seven-speaker Harman Kardon sound system and the driver display is all digital.

Tata Tiago NRG is powered by the 1.2-litre Revotron petrol engine which produces 85 bhp and is brought out with both manual as well as AMT transmission options.

The Tiago NRG safety features are primarily highlighted by Dual-front airbags, reverse parking sensor and camera, Follow-me lamps, among others. Tiago already has had a four-star safety rating in Global NCAP tests.

Tiago was first launched in India back in April of 2016 and has since found over three lakh customers. Tata Motors now feels that this will be further bolstered by the launch of Tiago NRG.