Tata Motors hiked the price of the automatic variants of the Safari three-row SUVs by up to ₹7,000. Tata the price hike is a fallout of increase in the cost of raw materials.
By : HT Auto Desk
| Updated on: 09 Dec 2021, 09:50 AM 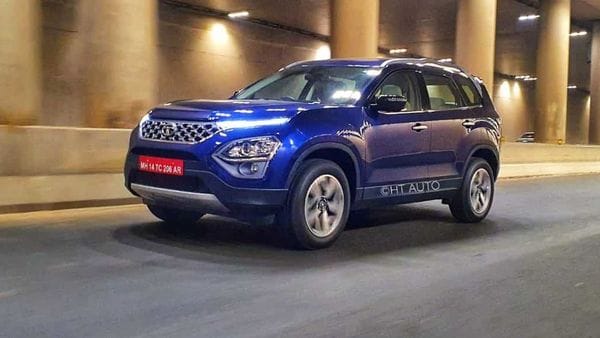 Tata has increased the prices of XMA and XZA by ₹3000 and the price of XTA+ by ₹7000. Rest of the automatic variants have also become costlier by ₹2000. However, the company has not made any changes in the prices of Safari manual variants.

Tata Motors is the latest carmaker in India to announce price hike. Earlier, Maruti Suzuki, Citroen, Mercedes-Benz and Audi have also announced to increase the prices of their vehicles from next month.

Tata Safari SUV is powered by a 2.0-litre diesel engine which is able to generate maximum output of 168 bhp and comes with the choice of either a 6-speed manual transmission or a 6-speed automatic gearbox. The SUV also has three drive modes – City, Sports, Eco. With a three-row cabin layout, Safari comes in 6-seater and 7-seater options. It offers captain seats in the second row in the 6-seater variant.