Tata Motors to drive in a new electric car on this day. Check details

Tata Motors is currently India's leading electric four-wheeler manufacturer. With the Nexon and Tigor EVs, Tata has a commanding hold in the segment with more than 96 percent.
By : HT Auto Desk
| Updated on: 01 Apr 2022, 11:48 AM 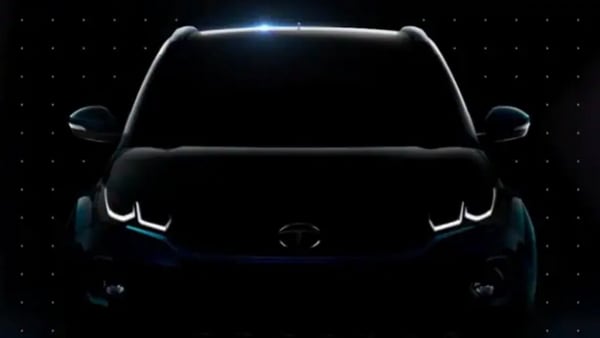 Tata Motors has teased that it will debut a new electric car on April 6.

Tata Motors is all set to launch a new electric car next week. The EV wing of the carmaker has teased the upcoming car ahead of the official debut on April 6. While Tata has not revealed details about the EV, it is expected to be the facelift version of Nexon EV with higher range. Tata is also expected to launch an EV version of the Altroz premium hatchback. However, there is no confirmed launch timeline yet.

Tata Motors has reportedly been preparing a longer-range Nexon EV. It is expected to come with a larger 40 kWh battery pack. According to reports, the new Tata Nexon EV may deliver improved range of more than 400 kms on single charge. The Nexon EV is currently offered with a 30.2 kWh battery and 312 kms of range which is certified by ARAI.

Besides the longe range, the new Nexon EV could also offer certain upgrades, These may include new alloy wheels and disc brakes on all four, new upholstery and upgraded infotainment system.

The current Nexon EV can accelerate from zero to 100 kmph in just 9.14 seconds and can generate an output of 127 bhp and 245 Nm of torque. Tata Nexon EV can be charged up to 80 percent within an hour when using a DC fast charger. However, it takes up to 8.30 hours to replenish from 10 percent to 90 percent when using a regular home charger.

Tata Nexon EV has been the key reason behind the carmaker's meteoric rise in the four-wheeler electric vehicle segment in India. Tata Motors, which sold over 2,250 units of electric cars in February, has a staggering market share of more than 96 percent mostly thanks to the success of Nexon EVs. Earlier in January this year, the carmaker had announced that it has clocked more than 13,500 units of Nexon EV in India since its launch two years ago.

Tata Motors recently launched the Dark Edition of the Nexon EV, called Nexon Dark. Besides the Dark Edition, which has two trims, Nexon EV is available in another three variants in India.