Tata Tigor iCNG gets its most affordable variant at ₹7.4 lakh

Over 75 per cent of bookings for Tigor are of the iCNG variants.

Tata Motors has launched the new XM variant of the Tigor iCNG at ₹7,39,900. Till now, the Tigor iCNG was only sold with the top-end XZ and XZ+ trim. The new XM trim makes the Tigor iCNG more affordable than before. When compared, the XM trim costs ₹50,000 less than the XZ trim. The Tigor is the only sedan that is available in petrol, electric & CNG options.

In recent years, CNG vehicles have become quite popular because of the increase in the price of petrol so it makes sense why Tata Motors decided to introduce another more affordable variant. Currently, more than 75 per cent of bookings of the Tigor are coming from the iCNG variants. 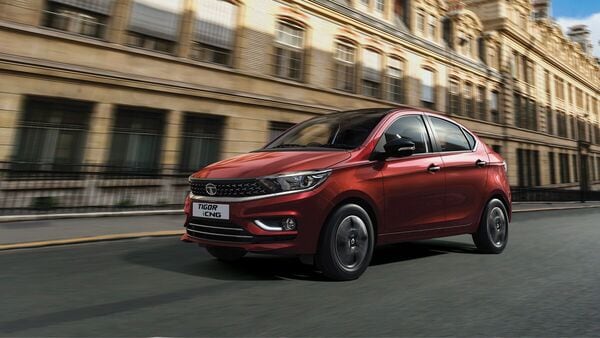 Tata Motors will offer the Tigor iCNG XM variant in four colour options. These are Deep Red, Opal White, Daytona Grey and Arizona Blue. From the exterior, the iCNG variants of Tigor look identical to the petrol-powered Tigor. The only difference between the vehicles is the iCNG badging.

The new XM trim will offer an infotainment system sourced from Harman, 4 speakers, all four power windows, rear parking sensors and central locking. There would be LED tail lamps, wheel covers, a digital instrument cluster with a multi-information display, manually adjustable ORVMs and much more.

As far as safety is concerned, the Tigor is one of the safest sedans that one can buy. Tata Tigor scored 4 stars in the Global NCAP crash test. It comes with dual airbags, ABS with EBD, Cornering Stability Control, puncture repair kit and seat belt reminders.

The engine is a 1.2-litre, three-cylinder naturally aspirated unit that produces 86 PS of max power and 113 Nm of peak torque. The output is decreased to 73.4 PS and 95 Nm while the engine is running on CNG. The iCNG variants are offered only with a 5-speed manual gearbox. There is also a 5-speed AMT available with the regular Tigor.