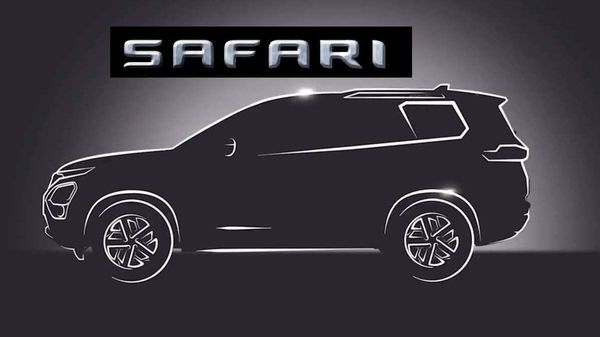 Tata Motors announced on Wednesday that it is bringing back its iconic 'Safari' nameplate soon. Its forthcoming flagship SUV (previously codenamed Gravitas) is set to break cover in the last week of January and will be christened Safari. The homegrown automaker says that the official pre-bookings on the Safari will commence later this month. The new Tata Safari will arrive in the company dealerships in January.

Previously given the 'Gravitas' tag, the Safari will be a stretched-up version of the Harrier five-seat SUV. Announcing the formal branding of its forthcoming SUV as the ‘Tata Safari’, Mr. Shailesh Chandra – President, Passenger Vehicles Business Unit (PVBU), Tata Motors, said, “We are proud and elated to re-introduce our flagship SUV–Safari. The Safari, an iconic brand with a strong following, has been the most sought after SUV on Indian roads for well over two decades. In its new avatar, the Safari will appeal to the socially active, fun-loving customers who seek out unique experiences and adventure."

The new Tata Safari has been built on the company's popular Impact 2.0 design language and embodies the Land Rover D8 inspired OMEGARC platform. Under the hood, the new Tata Safari will be plonked with a 2.0-litre, 4-cylinder diesel engine which delivers 168 bhp of maximum power and 350 Nm of peak torque. The engine will likely come mated to a 6-speed manual or a 6-speed torque converter automatic gearbox options.

“Its design, performance, versatility, features, and long-lasting build quality, reinforce the SUV lifestyle to provide unending pleasure. We are confident that the launch of the Safari will once again re-energise the market, amplifying its cult status," Chandra added.