Tata Harrier will have three new variants which have features like panoramic sunroof, 17-inch dual-tone diamond-cut alloy wheels and auto-dimming IRVMs.
By : HT Auto Desk
| Updated on: 20 May 2022, 08:45 AM 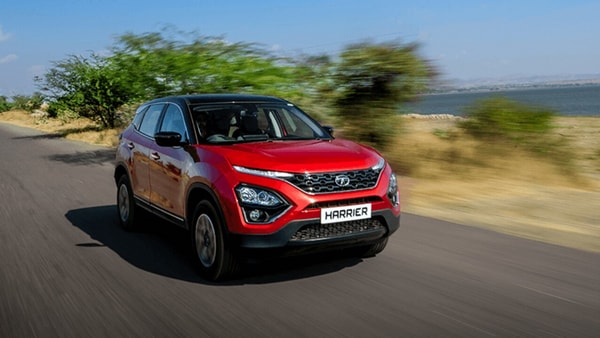 Tata Motors has introduced three new variants of the Harrier SUV. The carmaker has updated its official website with variants called XZS, XZS dual-tone and XZS Dark Edition. These variants are priced between ₹20 lakh and ₹21.60 lakh (ex-showroom). The new variants come with host of features that are missing on lower variants of the flagship five-seater SUV. All these variants are powered by the Kryotec 2.0 -litre diesel engine mated to either a six-speed manual gearbox or a six-speed automatic transmission.

The rest of the SUV remains largely the same. On the outside, the Harrier new variants get projector headlights flanked by LED DRLs. These variants will have integrated turn indicators. On the inside, the SUV will come with the standard 8.8-inch touchscreen infotainment system, 7-inch driver display, wireless Android Auto and Apple CarPlay, air purifier among other features.

The engine under the hood is the same used in other Harrier variants. The 20-litre Inline four-cylinder turbocharged unit can churn out maximum output of 170 PS and 350 Nm of peak torque. While the manual variants have a mileage of 16.35 kmpl, the automatic variants will return mileage of 14.6 kmpl.