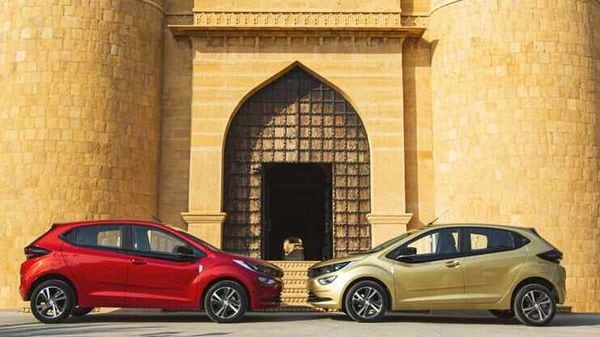 Tata Motors is planning to launch a turbo-petrol option of its popular Altroz premium hatchback in the Indian market. Apart from the new turbo-petrol powertrain, another highlight of the car will be the DCT setup, as currently the car is offered with a sole manual option.

As per a recently leaked document, the car is going to be priced from ₹7.99 lakh for the base XT trim and the pricing will be extended up ₹8.75 lakh for the top-of-the-line XZ(O) trim. As per the details revealed in the document (below), there will be four variants - XT, XT (O), XZ and XZ (O). 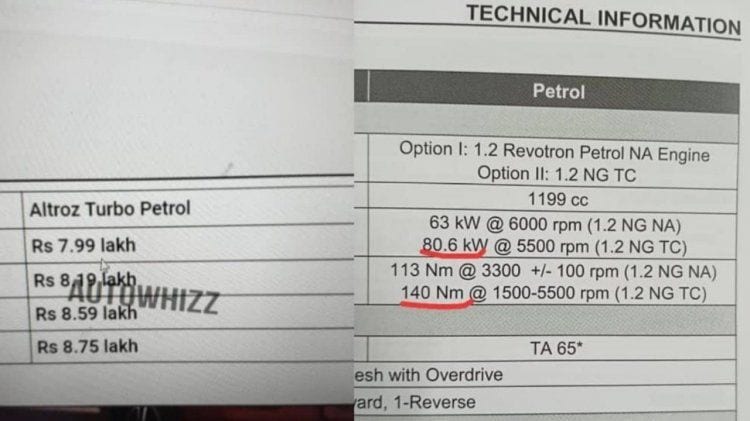 The pricing for the Altroz Turbo to start from ₹7.99 lakh as per the above document. Image Courtesy: AutoWhizz

The key highlight of the car will be seen in the form of a 1.2-litre turbocharged petrol engine with 110 PS of power at 5,500 rpm, and 140 Nm of torque coming in between 1,500 – 5,500 rpm. The transmission will a 6-speed manual unit, while the dual-clutch auto transmission may be rolled out in the later stage.

For the record, the turbo-petrol Altroz was showcased for the very first time in production form at the 2019 Geneva Motor Show. The regular Altroz was introduced in India earlier this year at prices starting from ₹5.44 lakh and extending up to ₹7.89 lakh. The present model comes with a 1.2-litre three-cylinder naturally aspirated petrol engine which delivers 83 PS of power and 113 Nm. There is also a 1.5-litre four-cylinder diesel engine which puts out 90 PS of power and 200 Nm torque.

(Also Read: Tata Motors drives out the 3,00,000th Tiago from its Sanand plant)

Some of the rivals to the Altroz include Maruti Baleno, Hyundai Elite i20 and Honda Jazz.