Majority of the Tata Altroz diesel variants have become cheaper by ₹40,000.With the latest change in the pricing strategy of the Altroz, Tata Motors is planning to gain momentum ahead of the upcoming festive season.
By : HT Auto Desk
| Updated on: 22 Sep 2020, 18:09 PM 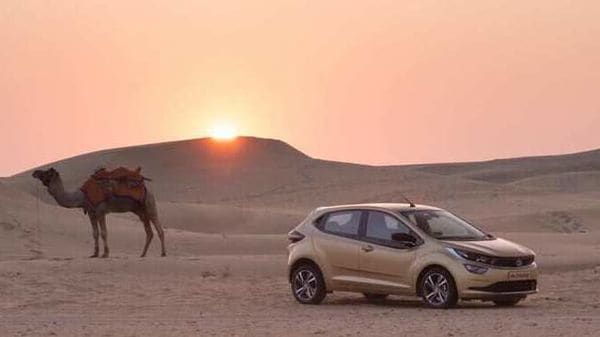 Surprisingly, the petrol variants haven't received any price hike and thus continue to be priced between ₹5.44 lakh and ₹7.89 lakh, as found previously.

(Also Read: Tata Motors drives out the 3,00,000th Tiago from its Sanand plant)

With the latest change in the pricing strategy, Tata Motors is planning to gain back momentum ahead of the festive season which is just around the corner.

While the Altroz diesel enjoys a unique place in the segment currently, it will soon get a direct competition from the upcoming third-gen Hyundai i20, which will sport a slew of new engine options, including the 1.5-litre U2 diesel unit. Customer are skewed towards petrol models in the premium hatchback segment and this is why most of the rivals to the Altroz doesn't feature a diesel powertrain. Tata Motors taking an advantage of the same, managed to touch an all-time high sales of 5,000 units in August 2020.

To keep the customers engaged, Tata Motors is also planning a special Dark Edition of the Altorz premium hatchback. Also, there is a dual-clutch automatic for the Altroz petrol in the making, but it is yet not confirmed as of when it will be launched in India. Moreover, the company has also showcased the Altroz EV at the Auto Expo 2020. Albeit, it is not yet confirmed if it will see the light of the day anytime soon.