Suzuki Jimny gets Sierra 4Sport limited edition in Brazil: What's new in it 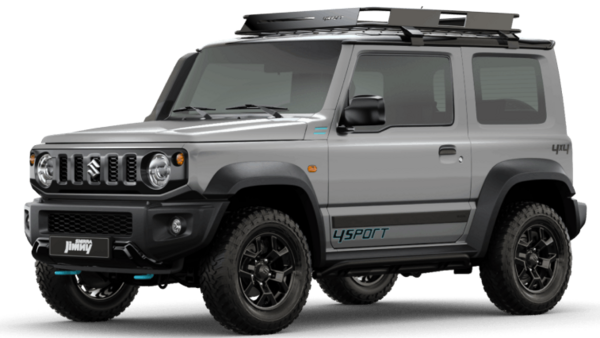 (Also Read: Jimny 5-door SUV is not a rumour anymore. Here is the proof)

The automaker claims that the approach and departure angles have been reduced from 37 degrees to 31 degrees and 49 degree to 40 degrees, respectively. The powertrain of the special edition Suzuki Jimny remains the same as the standard Suzuki Jimny Sierra. The SUV draws power from a 1.5-litre petrol engine that churns out 108 PS of power and 138 Nm of peak torque.

The special edition model of Jimny Sierra 4Sport comes with a single transmission option, which is a four-speed automatic unit paired with Suzuki's 4x4 AllGripPro drivetrain. It also comes with traction control and a limited-slip differential. Maruti Suzuki showcased the Jimny SUV at the Auto Expo 2020. The SUV is expected to arrive in the Indian market sometime in the near future. However, it is not sure what would be the configuration of the Indian market-spec model.