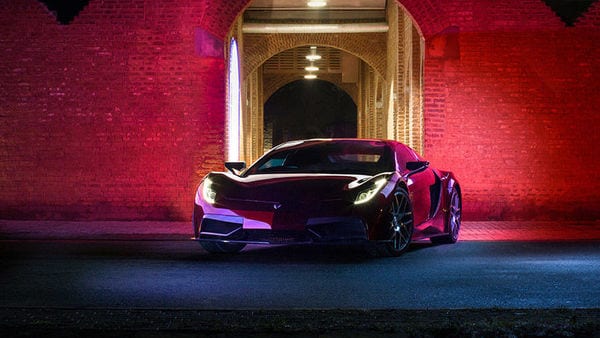 Driving forward in top gear and in the fast lane, Sri Lanka's first indigenous electric supercar is looking at creating a buzz at the upcoming Geneva International Motor Show which starts from March 5. Developed by a company called CodeGen, the Vega has already created quite a buzz in the island nation.

CodeGen will put the Vega on display at the motor show which sees the giants of global auto industry participate with their exhaustive product portfolios. This year, the focus is expected to be more on electric mobility than ever before with a number of manufacturers already slotting their respective electric cars for the ten-day event. Standing among these would be the Vega, an exquisite beauty with a 300 kw battery pack heart.

Vega is the final culmination of Sri Lankan automotive engineers and entrepreneurs joining hands in a bid to showcase their skills and provide a platform to car enthusiasts to admire a homemade product. Harsha Subasinghe, chief executive of CodeGen, was previously quoted by Xinhua as saying that the project was taken up as a way of giving an opportunity to young Sri Lankans who are keen to have ingeniously made supercars in the country.

As a result, Vega was developed keeping in mind the world's move towards clean energy. Its battery pack enables the supercar to run a distance of 240 kilometers on a single charge. The car reportedly does zero to 100 kmph in just 3.1 seconds and produces 900 bhp of peak power. It is in the final stages of testing and while it is not yet confirmed if it would go for commercial sales, Vega is indeed a bold statement of intent.

While countries like China, Norway and the United States have made rapid progress in the field of electric mobility, South Asian nations are only now making their respective moves. Sri Lanka currently has little to no supporting infrastructure for electric vehicles but upcoming years could see a change, especially if major OEMs here decide to expand their fleet with cars and two-wheelers which run on electric power, much like what is currently happening in India.